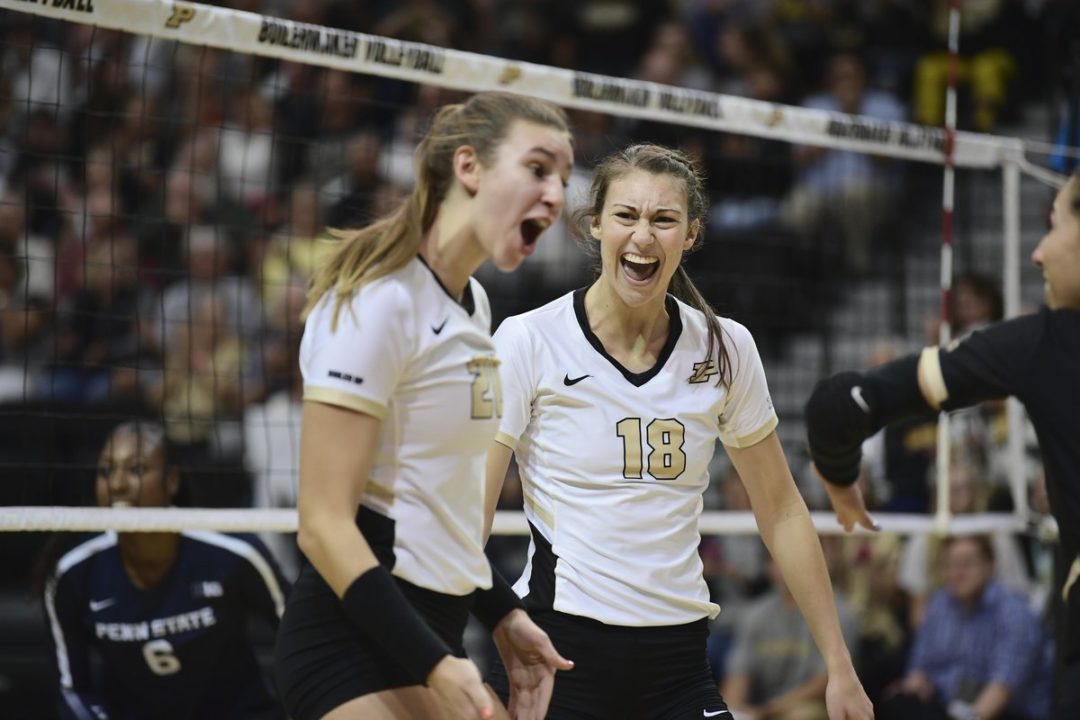 Penn State ended a seven-match losing streak against Nebraska, winning in five sets at home, while Illinois picked up a key home win over Wisconsin in four. Purdue, Minnesota and Indiana also won on Saturday.  Current Photo via Purdue Athletics

Penn State ended a seven-match losing streak against Nebraska, winning in five sets at home, while Illinois picked up a key home win over Wisconsin in four. Purdue outlasted Iowa on the road in five, while Minnesota’s Samantha Seliger-Swenson crossed the 5,000 assist plateau in a sweep of Northwestern.

COMEBACK COMPLETE!@PurdueVB comes back from down 2-1 to defeat Iowa on the road after this kill from Sherridan Atkinson! #BoilerUp pic.twitter.com/WL8lAlTiTb

According to your current Big Ten standings, Minnesota is 8-2. When did those 2 losses happen, and to whom?

Hi Steven, it was an error in the copying and pasting. It has been corrected now.