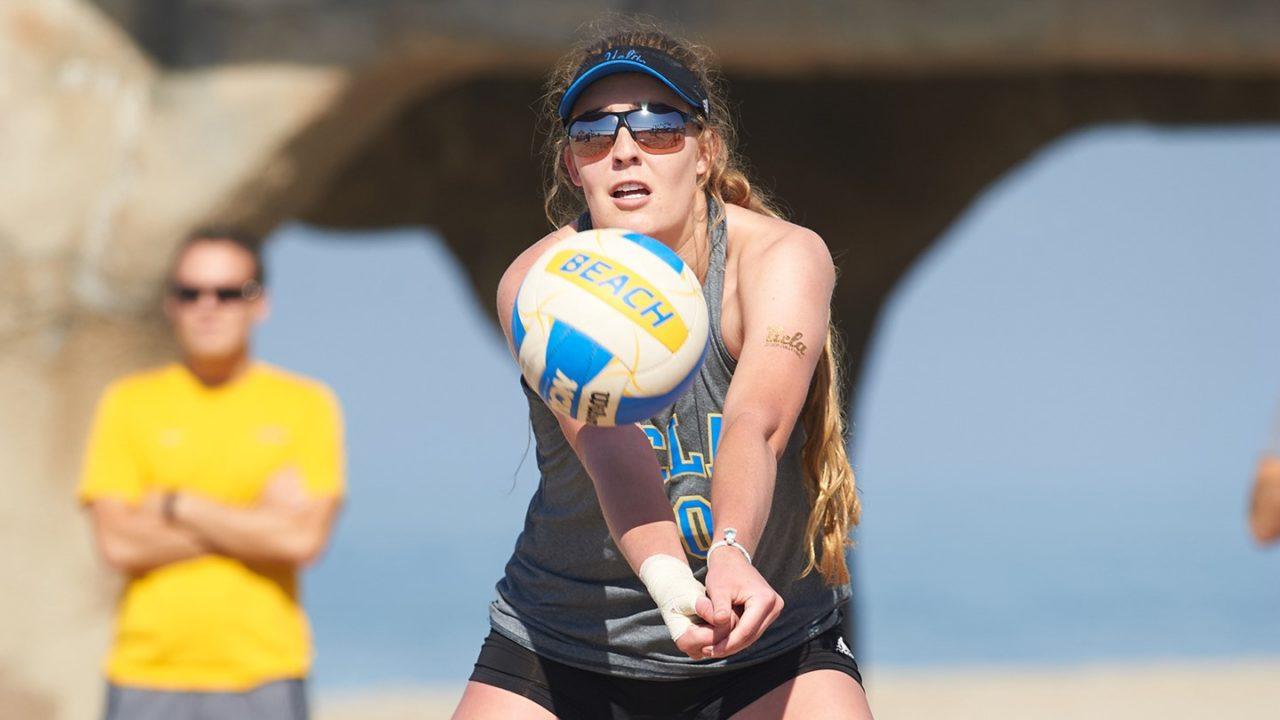 UCLA's Torrey Van Winden (above) and Savannah Simo were just 4-2 through the tournament's first two days, but that's enough to earn them a spot in the semi-finals. Current Photo via UCLA Athletics

The star teams at the domestic finale for U23 and U21 teams for the summer have advanced safely through to the semi-finals. Those teams, specifically, are the three participating teams qualified to the upcoming FIVB U21 Beach Volleyball Championshis in China later this month.

Kathryn Plummer and Mima Mirkovic went 3-1 in pool play to advance to the quarterfinals, suffering their lone loss to Lopes/Rodrigues 2-1. That gives Rodrigues/Lopes a direct pass to the quarterfinals, which they won 2-1, and sent Mirkovic/Plummer to the play-in-bracket. They wound up winning that, and their quarterfinal match, easily and the two teams have collided again in the semi-finals.

The other women’s semi-final will pit Savannah Simo and Torrey Van Winden from UCLA, the other U21 Worlds qualifiers, against Long Beach State’s Hailey Harward and LSU’s Claire Coppola.

In the men’s draw, the Worlds representatives Clay Messenger and Adam Wienkowski went 3-1 in pool play and then won their quarterfinal matchup 2-1 to advance to Saturday’s semis.

There they will play Carvalho/Silva, who have only dropped one set in a 5-0 run through the tournament thus far.

The other semi-final will pit Quieroz/Goveia against Brewster/Lennon. Quieroz/Goveia have been the most dominant team of the tournament thus far, which includes a win over Messenger/Wienkowski in pool play.