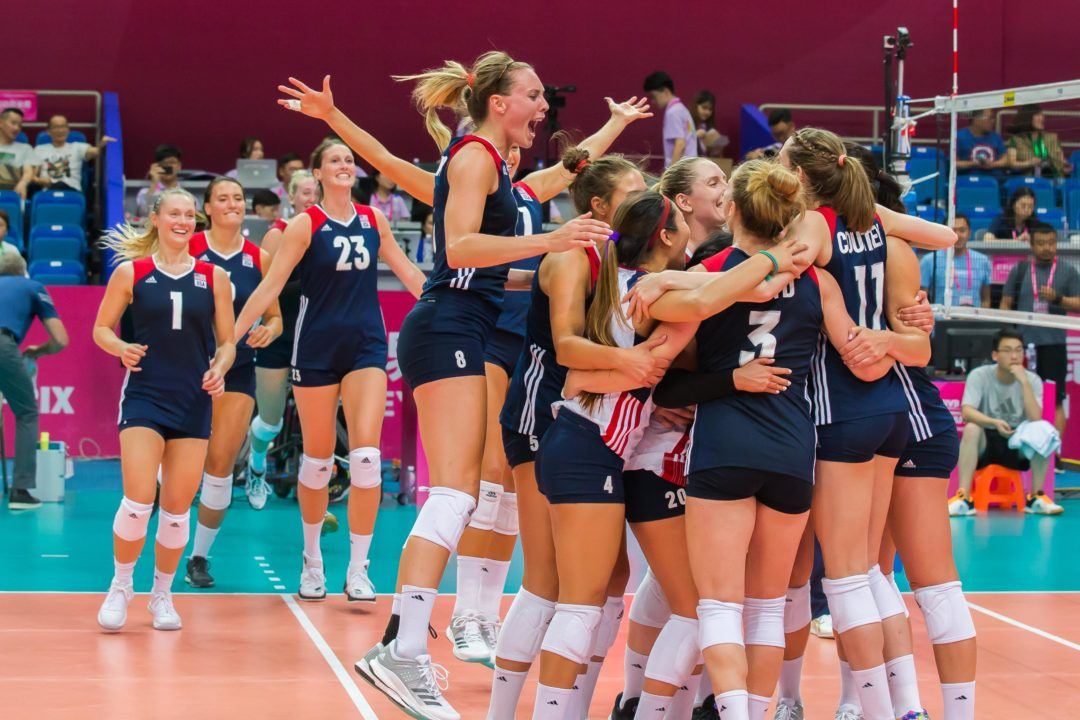 USA and Italy meet in both teams second match of the 2017 FIVB World Grand Prix. The United States looks to start 2-0, while Italy will try to get off the schneid after an opening loss.

The United States won their first match over Russia in five sets. In what was a rematch of the 2016 FIVB World Grand Prix semifinals, USA fell behind 8-3 in the fifth set. However, they used an incredible run to comeback and score a win in their opener. They did lose out on a point by the match going to five, but after being down two sets to one, they’ll take the result.

Italy lost its first match to 2016 Olympic-Gold medalist China. They won the second set, but couldn’t score any others as they failed to record a point in the loss. They’re currently the one team of the four-nation group without a point.

The Americans own the World Grand Prix series with Italy 10-8, including seven of the last eight matches. Their last meeting in a major competition came in the 2016 Olympics, when the U.S. won in group play 3-1 on their way to the bronze medal.