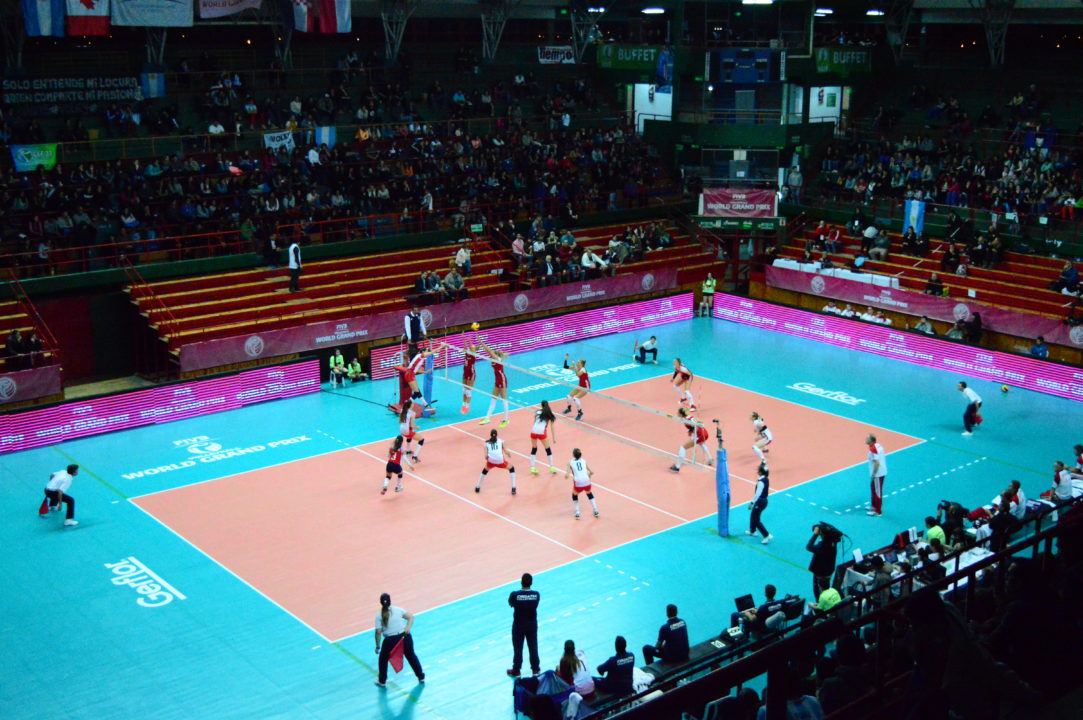 Day one is in the books for Group 2 in the FIVB World Grand Prix.  Archive Photo via FIVB

Not much distance between teams after day one of Group 2. Poland and Canada currently rest atop the overall group table, setting up a match of the top two (although early) teams in the standings in day two.

Day one will always produce the same results – half of the teams (six in this case) with a win and half with a loss. Usually the separator would be points (therefore if any matches went five sets), but all six matches ended in three or four sets. So currently, the only difference is the four teams who won in straight sets in addition to points ratio.

Bulgaria sits atop the group after a sweep of Kazakhstan while Korea’s win came in four sets. Day two should present a shift in the table as Bulgaria matches up with Korea atop the standings while either Germany or Kazakhstan will come away with a win as they will play each other.

Poland doesn’t just rank number one in Pool B2, but also in the overall Group 2 standings after they crushed Croatia in game one, even holding the Croatian side to single-digits in one set. They’ll get a more stern test in Canada as the winner will be the pool leader after day two. Either Argentina or Croatia will bounce back in their meeting.

The Czech side will take on Puerto Rico in day two fresh off a day one win over Colombia. Peru will have the opportunity to keep Colombia winless in the other match as Peru and Czech Republic will look to set up a matchup of 2-0 teams in Day three.