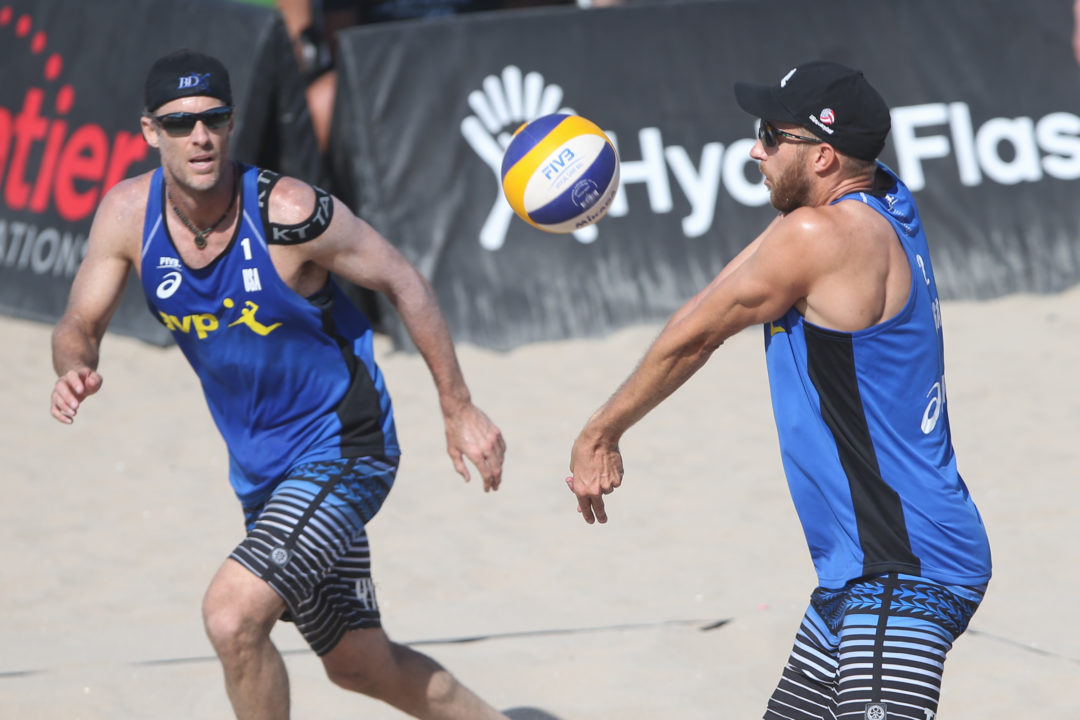 Five American women's pairs and American men Phil Dalhausser/Nick Lucena and Theo Brunner/John Hyden are among the Top 12 in their respective genders at the Huntington Beach Open heading into Saturday.  Current Photo via FIVB

The field was narrowed from 32 to 12 in both men’s and women’s action at the Huntington Beach Four-Star on Friday.

At the end of the day, 12 women’s teams remained, including five American duos, three Brazilians, two Canadians and two Germans. Top seeded Brooke Sweat/Lauren Fendrick will take on Kelly Reeves/Brittany Howard in Round 5 on Saturday in the lone USA/USA faceoff.

The day began with third round women’s action, which featured eight matches, continuing the double-elimination format.

Americans Brittany Hochevar/Kelly Claes and three other home-standing duos moved on to the top 24.

Claes/Hochevar lost in the next elimination round but three other American pairs moved on to the top 16: Kelly Reeves/Brittany Howard, Stockman/Larsen and Lane Carico/Caitlin Ledoux. 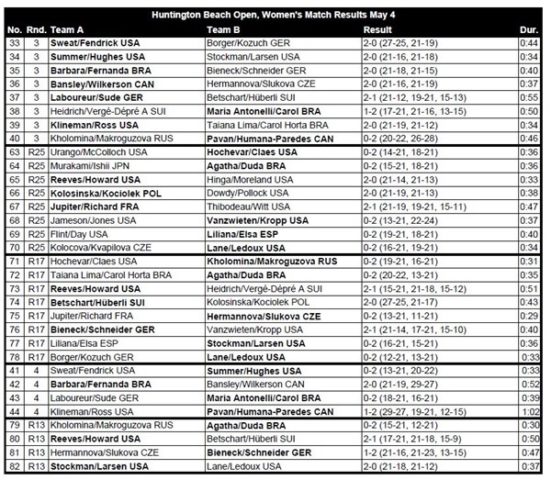 On the men’s side, the Top 12 consists of four Brazilian pairs, two Americans and two Latvians as well as teams from Italy, the Netherlands, Poland and Spain.

John Hyden/Theo Brunner and Phil Dalhausser/Nick Lucena are still in action for the United States. Hyden/Brunner won both of their matches on Friday, besting Austrians Clemens Doppler/Alexander Horst in straight sets and topping Italy’s Enrico Rossi/Marco Caminati. Dalhausser/Lucena won their Round 3 match over Brazil’s Alvaro Filho/Saymon Barbosa in tiebreak (21-18, 15-21, 15-11), but fell to Latvia’s Aleksandrs Samoilovs/Janis Smedins 24-22, 21-18 in Round 4. The pair is still in the running for the title due to the double-elimination format. 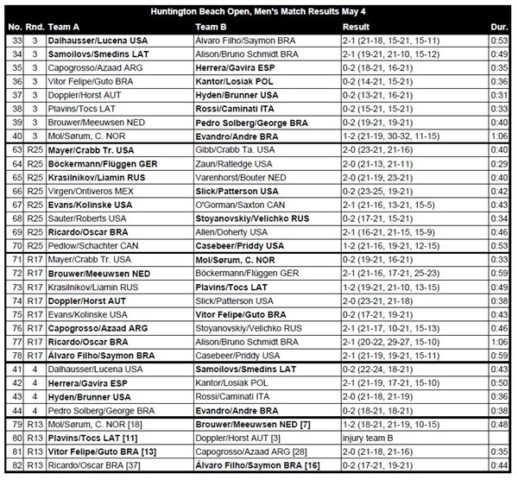