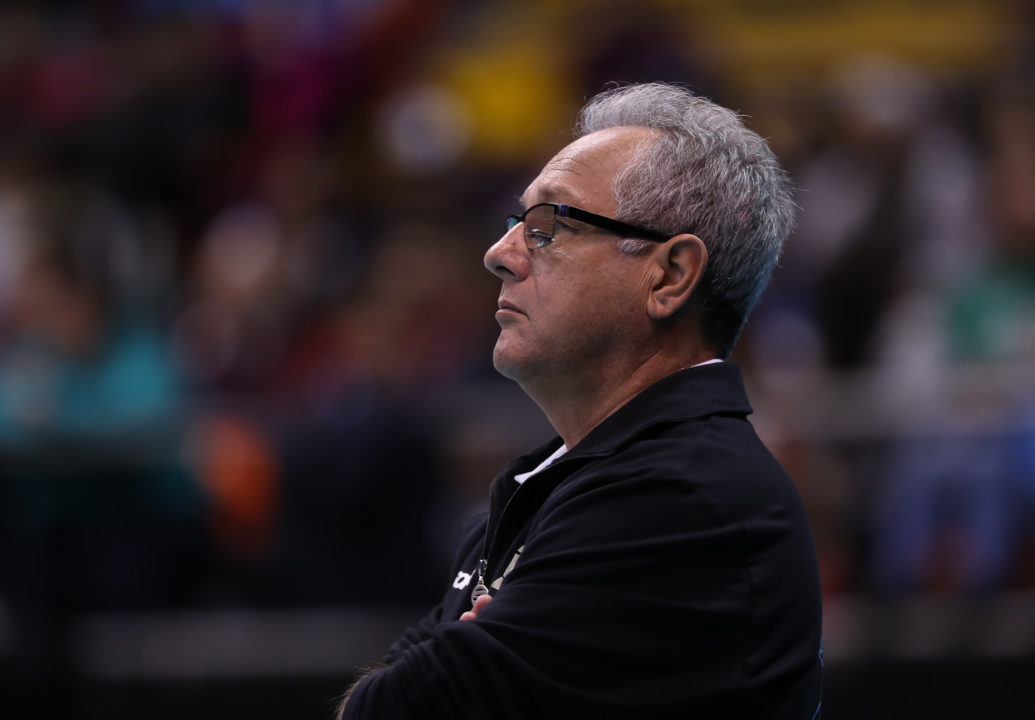 Julio Velasco made comments this week criticizing naturalized players on national teams, which seemed targeted most directly at Italy, where he coached the national team to the 1990 and 1994 World Championships. Current Photo via FIVB

If there were any truth to tumors that Argentina National Team coach Julio Velasco, who led Italy to titles at the 1990 and 1994 World Championships, was returning the coaching in the Italian league after a decade of absence from the club level, he may have harmed those chances with comments this week ahead of the start of the 2018 Volleyball Nation’s League.

Velasco, in a statement, said that he believes naturalized players on National Teams are an “unsporting thing,” specifically calling out Osmany Juantorena of Italy, Yoandy Leal of Brazil, and Wilfredo Leon, of Poland, who has been cleared and is expected to play for Poland as soon as the 2019 European Championships.

All 3 are among the world’s best volleyball players, and all 3 were born in Cuba before defecting and being effectively barred from representing their national team any longer.

To demonstrate his point, Velasco said he had no problem with players like Ivan Zaytsev (Italy), Dragan Travica, or Michal Lasko, all of whom also represent their adopted home of Italy in international competition. Zaytsev was born in Italy to Russian parents, while Travica was born in Croatia (then Yugoslavia) and Lasko was born in Poland.

He says that players like those 3 are “culturally Italian, they did school in Italy and did not represent another country.”

This comes on the heels that two of Italy’s top clubs, Sir Safety Perugia and Cucine Lube Civitanova, might be interested in his services as their new head coach. Juantorena, one of the players called out by Velasco, plays for Civitanova.

Velasco, born in Argentina, himself became a naturalized Italian citizen in 1991.

Argentina will begin play at the 2018 FIVB Volleyball Nation’s League on May 25th in Ningbo, China. They will face the United States, Argentina, and Bulgaria in their opening pool, before returning home the following weekend to host Iran, Canada, and, Italy – the team he seemed to aim his criticism at most precisely.

Argentina finished in 10th place at last year’s FIVB World League, the last edition of that tournament, two spots ahead of an Italian team that was without Juantorena, among others. Argentina was given a seat among the 12 “core teams” in the new 16-team Nations League format ahead of teams like Bulgaria (9th) and Canada (3rd) who beat them at last year’s World League.