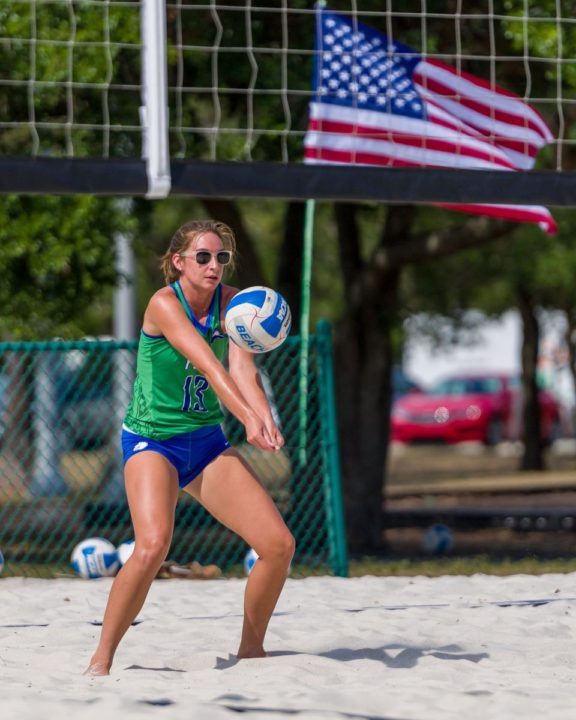 According to our research, 37 Division I indoor volleyball players participated in a second sport in 2017-18. Several were award winners in their second sports.  Current Photo via FGCU Athletics

As the 2017-18 school year winds down and the final two championships are decided (softball and outdoor track), we take a look back at some of the talented Division I athletes who participated in multiple sports.

From the Hardwood to the Beach

Nineteen of the two-sport athletes made the natural crossover to play beach volleyball, including seven from Stanford and seven from Florida Gulf Coast.

Plummer, last year’s Pac-12 Beach Freshman of the Year was a first team All-Pac 12 selection on the beach again in 2018.

Nine players were on the track team at their respective institutions, among those was first team All-American and Pac-12 Setter of the Year Jenna Gray from Stanford. Gray is in her second year as a javelin thrower following an All-American season in 2017.

Gray is the only member of the group to advance to the NCAA Championships. She will compete in the javelin on Thursday in Eugene, Oregon, looking to follow at 16th place finish and second team All-America honors in 2017.

Five of the two-sport athletes played basketball, two were on the softball team and one participated in rowing.