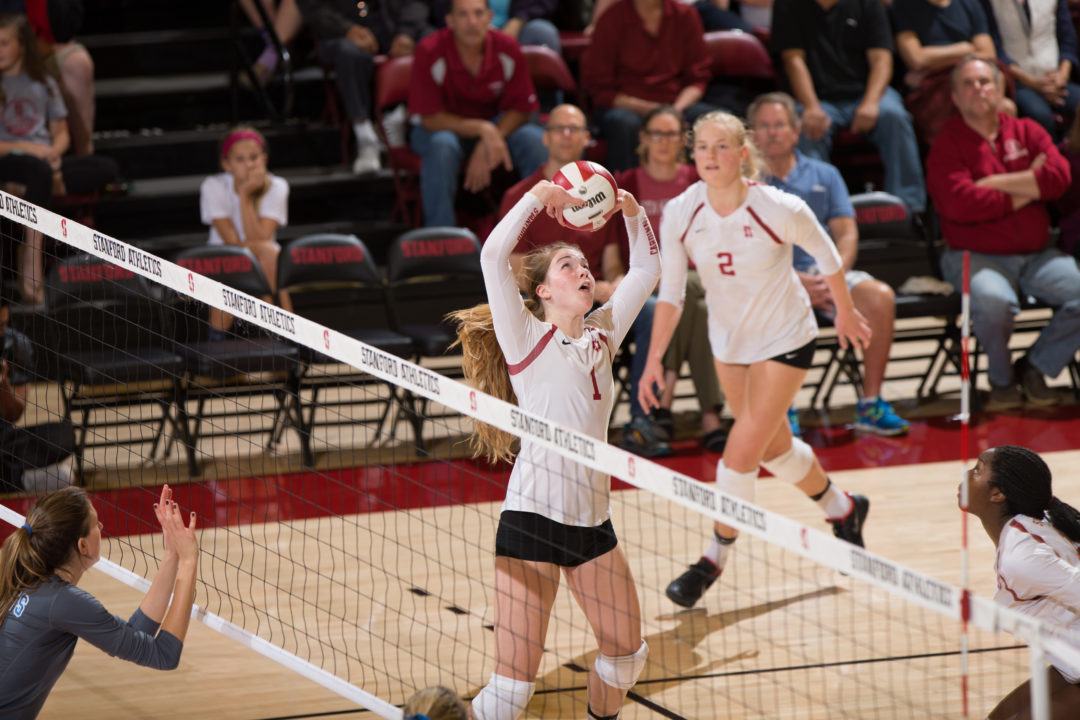 Many student-athletes compete in multiple sports in high school, but seldom go on to do so in college, especially two in the same season. Stanford setter and beach star Jenna Gray is an exception. Not only was Gray a member of the Cardinal national championship team this fall, she also is part of Stanford’s No. 1 beach pair. But that’s not all. Gray has recently committed to competing for the school’s track and field team.

It isn’t on a whim, either, as Gray was a two-time Kansas state javelin champion in high school and had the sixth best throw of any American prepster last year, a Kansas state record of 162 feet.

As a rookie on the Stanford volleyball team last fall, Gray racked up 9.09 assists and 1.71 digs per set as well as 19 aces en route to Volleyball Magazine Honorable Mention All-America honors. She guided the Cardinal to a .274 team hitting percentage, a 27-7 overall record and the program’s seventh national title, first since 2004. In the program’s six NCAA Tournament games, Gray dished out 12.29 assists per set.

On the beach, Gray has teamed up with 6-6 setter/outside hitter Kathryn Plummer, her indoor teammate, at the No. 1 position. Thus far, the pair has compiled a 3-4 record.

It will be a full plate for sure, but it is nothing the Shawnee, Kansas, native can’t handle. After all, she won three state titles in volleyball and two state javelin crowns at St. James Academy. And she went on to lead a team of predominantly undersclassmen to a national title her first semester of college.

Throwing the javelin too, no big deal.

3 sports at the same time? How can she give any of them her best? She’ll have to pick one…or maybe for track she’s just a “well, doesn’t cost us a scholarship and will score us points at conference.”