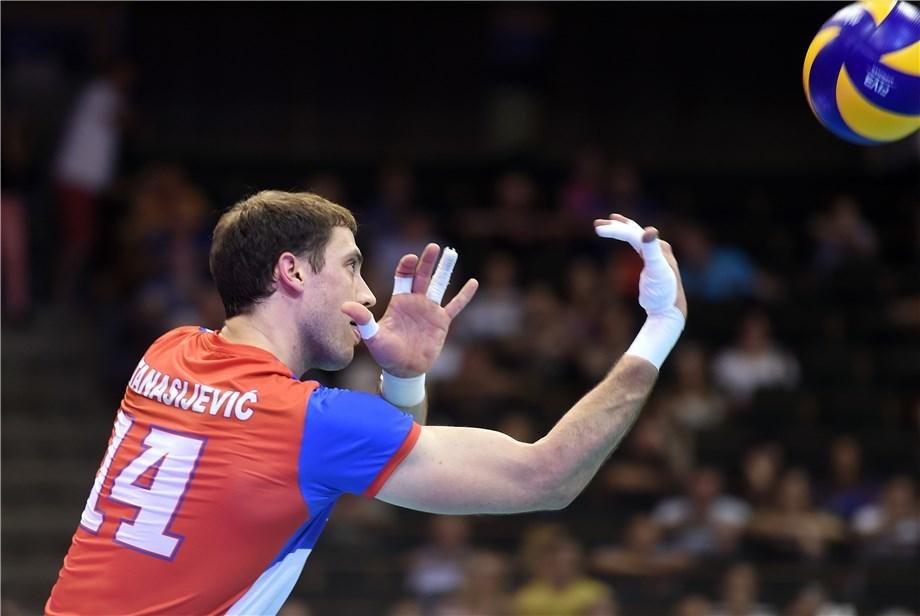 Atanasijevic scores 25 points to lead Perugia to straight sets win in Pool A of the CEV Champions League. Current Photo via FIVB

Fenerbahce had a balanced offense led by Metin Toy‘s 12 points. Alen Sket and Guillaume Quesque each scored 11 points but it was not enough for Fenerbahce who is still looking for their first win of Pool A.

•    The visitors from Italy claimed an early lead (8-6) in the opening set and were able to hold on to it (16-14) until the very end (25-20).
•    The second set followed the same plot with PERUGIA edging ahead at the first technical (8-6) and keeping their advantage (16-14); Fenerbahce fought back but the visitors eventually won the second set as well (25-21).
•    Fenerbahce used to their advantage the mistakes made by PERUGIA in the early stages of the third set (8-3); however, PERUGIA came back strong, even though they still trailed by one point at the second technical break. The Italians finally levelled the count at 23-all and with two points in a row finished the match in three sets (25-23).

Lorenzo Bernardi, head coach of Sir Colussi Sicoma PERUGIA: “It was very important for us to win 3-0 because I think that this will count towards the final standing in the pool, which is a very strong one. We played pretty well in some areas but not as solid as we would like in some others. We know that we have to work especially when it comes to break points. I have some plans in order to achieve this and we will work hard to improve on that.”