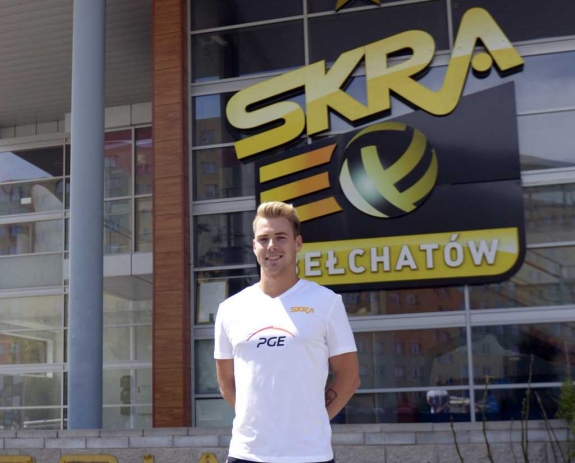 The 21-year-old setter, who is transferring out of Cerrad Ramdon, was a world champion with Poland's U19 team at the 2015 World Championship, where he also received the competition's best setter award Current Photo via https://www.skra.pl

PlusLiga’s rich only get richer. Current champions Skra has just announced in its official website the signing of Kamil Droszyński as the newest addition to its roster. The 21-year-old setter, who is transferring out of Cerrad Ramdon, was a world champion with Poland’s U19 team at the 2015 World Championship, where he also received the competition’s best setter award. He is described by the Polish volleyball media as one of the most promising players of his generation.

“I consider my last season in Radom to have been successful, even though we finished in 10th place, but I’m happy. At the beginning, Dejan Vincic‘s injury gave me the chance to perform in a lot of games. During this time I learned a lot, I tried to make the most out of it. Looking from the perspective of time, I am glad that last year I decided to go to Black Radom. It is a well-organized club with huge sports ambitions. For sure, this last season I will remember very well.

However, signing with Skra is the best decision for me at the moment. I now will think only about next season, to which I attach great hopes. I hope to learn a lot. I am moving to the best team in the country, so I think that there is no better place for development than Bełchatów. For the last two seasons, I’ve worked with great players. In this coming frame, once again I will have the opportunity to learn from a very experienced player like Grzegorz Łomacz. For sure I will use all the tips I will get to be better and develop all the time.”