Modena Signs Lorenzo Benvenuti, First Sammarinese To Ever Play In A1 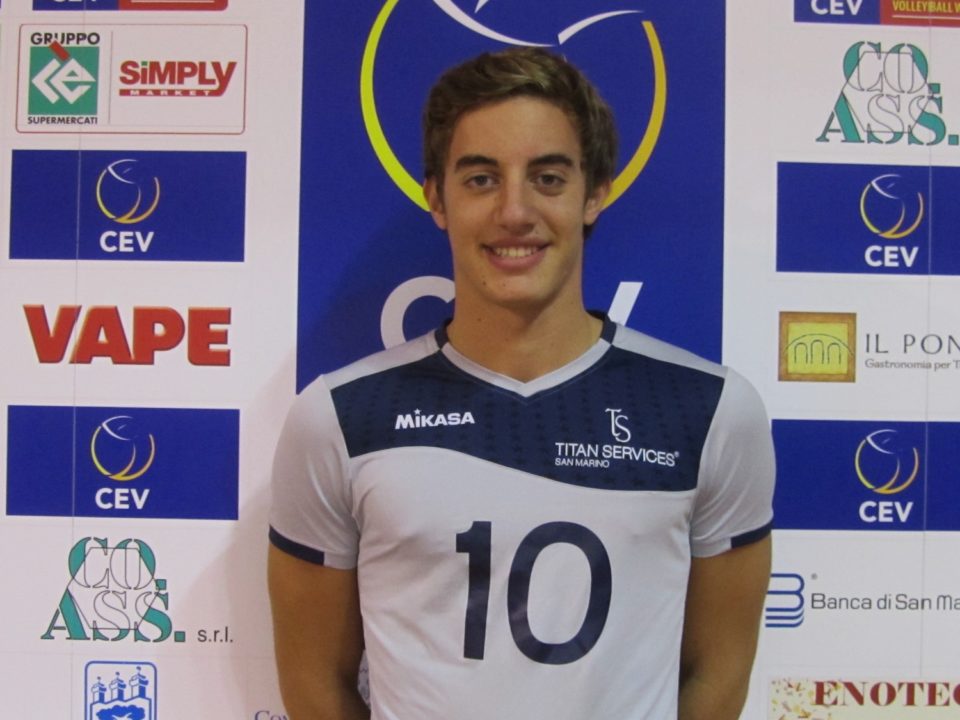 Modena has just announced in its official website the signing of Lorenzo Benvenuti as the newest addition to its roster. The player, who will be the first San Marino national to play in Italy’s A1 series, is transferring out of Serie B, a mighty jump in such a short career. The 24-year-old, who has played as both a libero and outside hitter, will focus on being solely a libero from now on. He has also been a constant figure in Italian beach volleyball since arriving in the country.

Here are Lorenzo’s first words as a member of Modena (Cev.lu):

“The Sports Director, Andrea Sartoretti, phoned me on June 18 asking whether I was interested in playing for their team. I obviously said that I was even though initially I thought that this was a joke. I did not expect this at all. Last summer I had a couple of try-outs with Bunge Ravenna and Vero Volley Monza, but the eventual outcome was not a happy one. I still have to fully realize that this is actually going to happen but as soon as I think about it, I get goose bumps. I will be playing together with elite players that I have seen only on TV this far, such as Ivan Zaytsev, Maxwell Holt, Simone Anzani, Denys Kaliberda, Micah Christenson and Salvatore Rossini.”

Benvenuti writes history for Sammarinese Volleyball. Home to only about 33,000 people, Valerio Guagnelli, who was born in San Marino but grew up in France, had played played in a top-tier European volleyball league before (France).