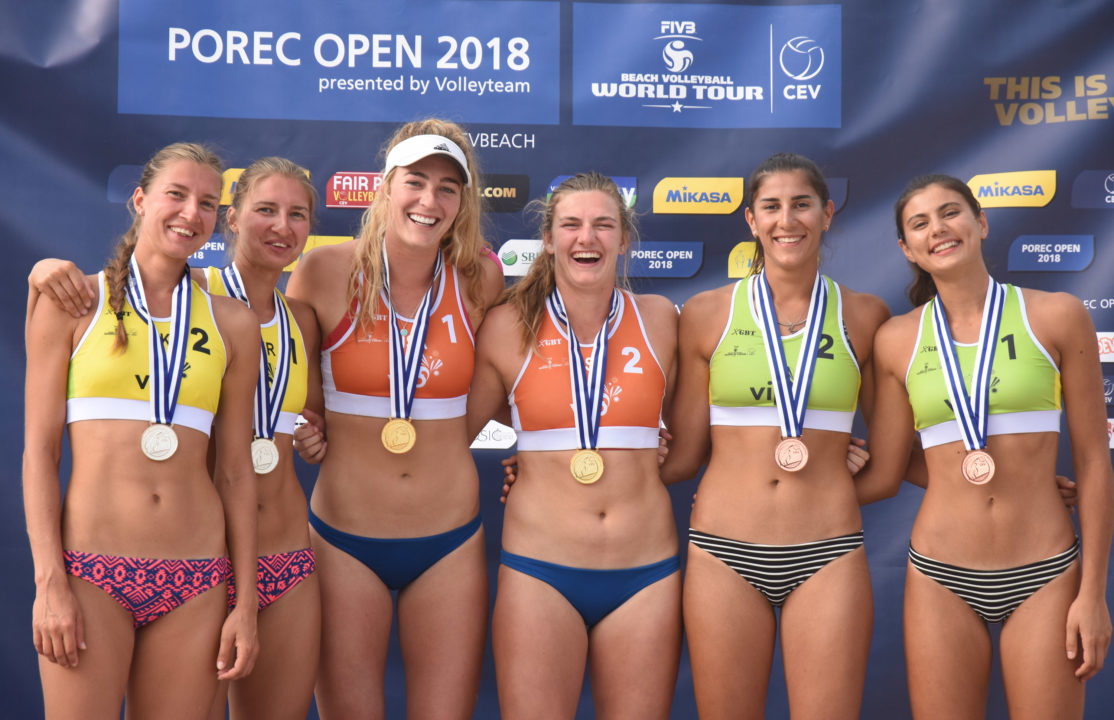 Cal Poly beach standouts Emily Sonny/Torrey Van Winden finished off a perfect 7-0 campaign with a gold medal. On the men's side, history was made as Vladyslav Iemelianchyk/Sergiy Popov became the first ever Ukrianian team to win FIVB World Tour gold.  Current Photo via FIVB

Cal Poly beach standouts Emily Sonny/Torrey Van Winden can chalk up their first ever FIVB World Tour event as a success, finishing off a perfect 7-0 campaign with a gold medal.

Sonny and Van Winden, which each finished their sophomore seasons at Cal Poly in May, also added their names to a list of just 16 teams ever to begin a FIVB World Tour women’s event in the qualifiers en route to gold. That elite group of 16 teams comes over 27 seasons and 364 events.

The collegians finished off their stay in Porec with a straight set win over Ukrainians Inna Makhno/Iryna Makhno. The victory, which took just 33 minutes, was the Americans’ second of the competition against their third seeded foes, following a straight set win in Pool C play.

On the men’s side, history was made as Ukrainians Vladyslav Iemelianchyk/Sergiy Popov capped a five-match win streak with the gold medal. The title made the pair the first ever Ukrianian team to win FIVB World Tour gold on either the men’s or women’s side. The country’s previous best finish was a women’s silver in 2008 and a men’s bronze by Oleksii Denin/Denys Denysenko at the Alanya One Star in Turkey on June 3.

No. 9 Iemelianchyk/Popov bested No. 1 Simon Fruhbauer/Jorg Wutzl in tiebreak (21-19, 17-21, 21-19) to win gold. In a semifinal match earlier in the day, the duo topped Latvia’s Mihails Samoilovs/Kristaps Smits in straight sets.

Fruhbauer/Wutzl topped Latvians Haralds Regza/Toms Smedins in 29 minutes to claim their spot in the final. Regza/Smedins went on to take the bronze with a straight set win over their countrymen. 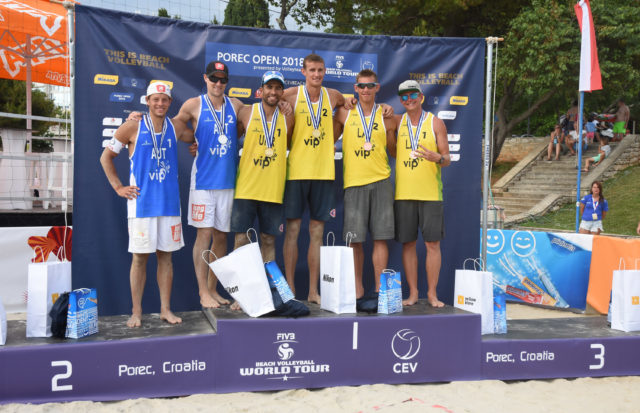