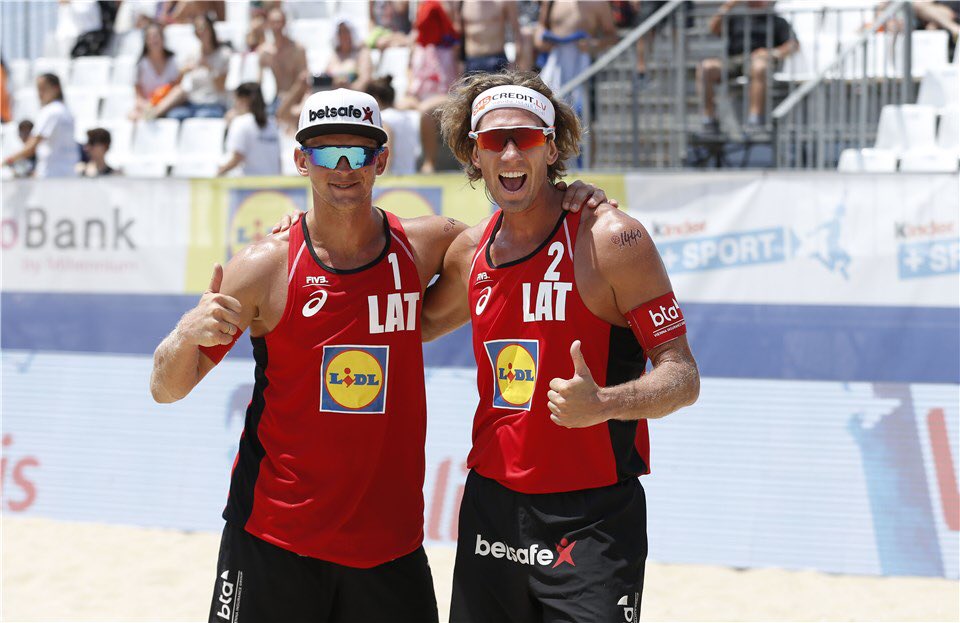 With the women’s title already decided on Saturday, all eyes turned to the men’s final four at the Espinho Four Star on Sunday.

Smedins/Samoilovs closed out their tournament atop the podium with another tiebreak victory (21-13, 19-21, 22-20), this time against Ricardo/Guto. The win clinched the duo its first FIVB World Tour gold since Olsztyn in June 2016. The pair earned the bronze at last week’s Warsaw Four Star (July 1).

Ricardo/Guto, which began the tournament in the country quota matches on Wednesday, continued their solid run through Portugal, upsetting countrymen Vitor Felipe/Evandro in straight sets (21-15, 21-17) in the other semifinal match. To reach the final, Ricardo/Guto won a country quota match and a qualifier before splitting their pool D contests. Once in the knockout phase, the duo won three matches on Saturday to reach Sunday’s semifinal. This is just the second FIVB tournament for the pair, which teamed up in late May.

Thole/Wickler did not go home empty handed as the qualifiers topped second seeded Vitor Felipe/Evandro (17-21, 21-12, 15-11) to claim the bronze medal. The third place effort is the best ever for the German pair, topping a fifth-place finish at the Ostrava Four Star on June 24.