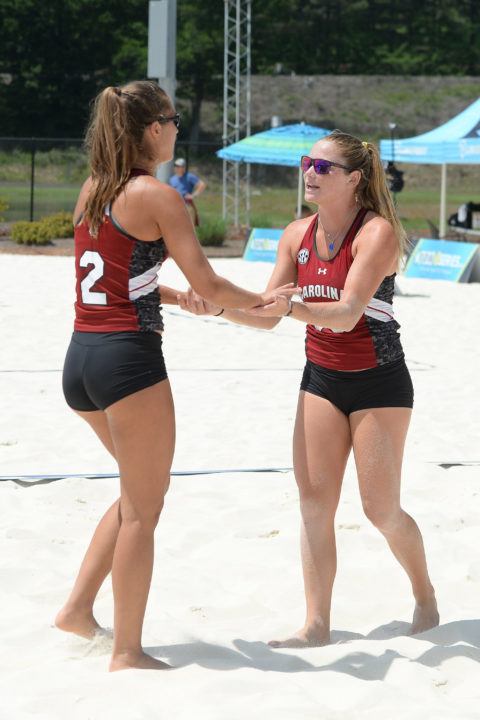 “We are very excited Leah is joining our team,” head coach Moritz Moritz said. “She’s a high quality person and a high-level volleyball player who has all the skills and competitive experience needed to add to our depth. We expect her to make an immediate impact on our team and contribute to the culture of our program.”

Perri did not miss a match over her four seasons indoors, cumulating 1,483 kills in 127 matches and averaging 3.13 kills per set. Leah set career highs in kills, digs, and aces as a senior and made the All-ACC second team. After moving to a six-rotation role before her junior year, she posted back-to-back seasons with 400 or more kills and 200 or more digs as a pin hitter for the Tigers.

The Gamecocks have had a short but fruitful history converting indoor volleyball stars to the beach game. Katie Zimmerman finished her two-year career at Carolina with 49 wins and holds the second-best career win percentage in program history (.671) after playing four seasons at Wichita State. Adrianna Culbert had just one season in Columbia after an All-American-caliber career at Colorado State, but made it count, winning 24 matches in 2017 to put her fourth in program history for wins in a single season. The program’s first grad transfer, Jade Hayes, went 18-7 in her one season at Carolina after transferring in from Central Florida. For more information on South Carolina’s grad student standouts, read here.

The newcomers join a team that returns seven starters from 2017. On top of making the national tournament for the first time in program history last season, the Gamecocks also set a new record for wins in a single season after finishing 23-11, and finished the year ranked No. 8 in the AVCA Top 15 coaches poll.