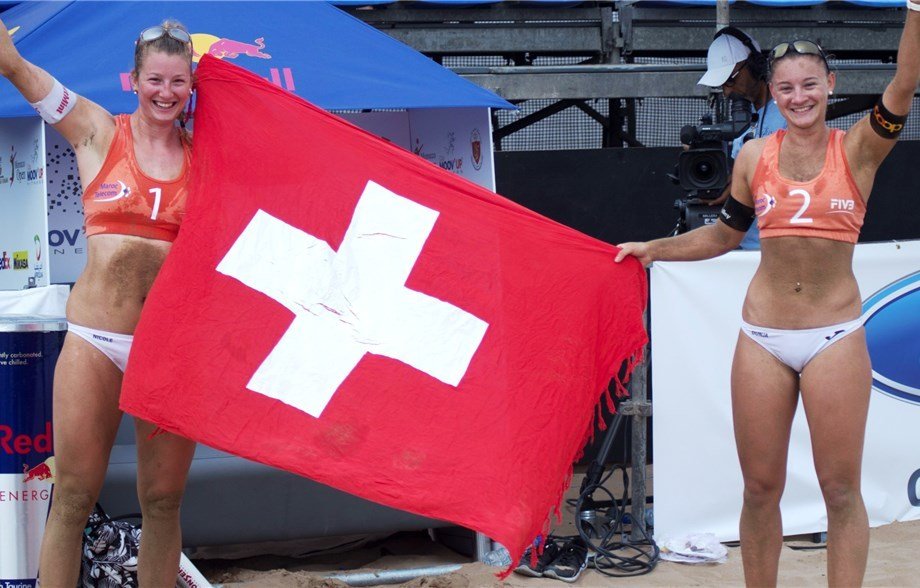 Switzerland’s Nicole Eiholzer and Dunja Gerson are international gold medalists for the first time as the second seeded Swiss side won the FIVB Agadir One Star event on Sunday. Current Photo via FIVB

Switzerland’s Nicole Eiholzer and Dunja Gerson are international gold medalists for the first time as the second seeded Swiss side won the FIVB Agadir One Star event on Sunday. The rest of the podium also was filled with first time medalists.

Eiholzer/Gerson, whose previous best finish was fifth at Langkawi in April, made their way to the title match with a crushing 21-16, 21-7 semifinal win over sixth-seeded Erika Sofia Mongelos Bobadilla and Gabriela Filippo of Paraguay. The duo then closed out the day with a 21-19, 21-18 win over Japan’s Akiko Hasewaga and Azusa Futami for the gold.

Hasewaga/Futami , the ninth seed, earned their place in the championship match with a three-set win over fifth seeded Lezana Placette/Aline Chamereau (France).

Placette/Chamereau went on to make quick work of Bobadilla/Filippo in the bronze medal match, issuing a 21-9, 21-12 shellacking.