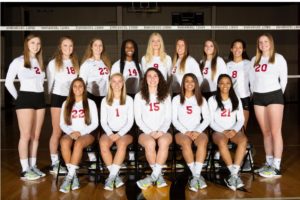 This marks the third time in his career that Sullivan has garnered the national honor, as he was previously recognized in 2010 and 2012.

It’s been a historic year for Springfield, which will play in its ninth-straight Division III national semifinal this Friday against Vassar in Kenosha, Wisconsin. Springfield has rattled off a 29-2 record, including a 27-0 mark against Division III opponents this season and has the top team hitting percentage, .373, in Division III men’s volleyball for the seventh-consecutive season.  At one point this year, Springfield had strung together a program-record 28-match winning streak, spanning January 13 to April 7.

This season, Springfield set a new record for most consecutive weeks ranked No. 1 in the AVCA Division III National Poll, which was established in 1996.  To date, Springfield has been No.1 for the last 29-consecutive polls, besting the previous mark of 23 that was once held by Juniata from 2004-2006.

Under Sullivan’s direction, Springfield has won 81of the 85 sets against Division III opponents this season.  In fact, earlier this season, Springfield set a NCAA men’s volleyball record for most consecutive sets won as it reeled off 43 before dropping a set at New Paltz on March 31.  The Pride bested the previous mark of 32 that Hawaii set in 2017.

In his 20 years on the sidelines at Springfield, Sullivan has racked up a career record of 394-181, good for a .685 winning percentage.  Additionally, since the NCAA began its sponsorship of the Division III Men’s Volleyball National Championship in 2012, Sullivan and company have produced a 185-11 record against Division III opponents.