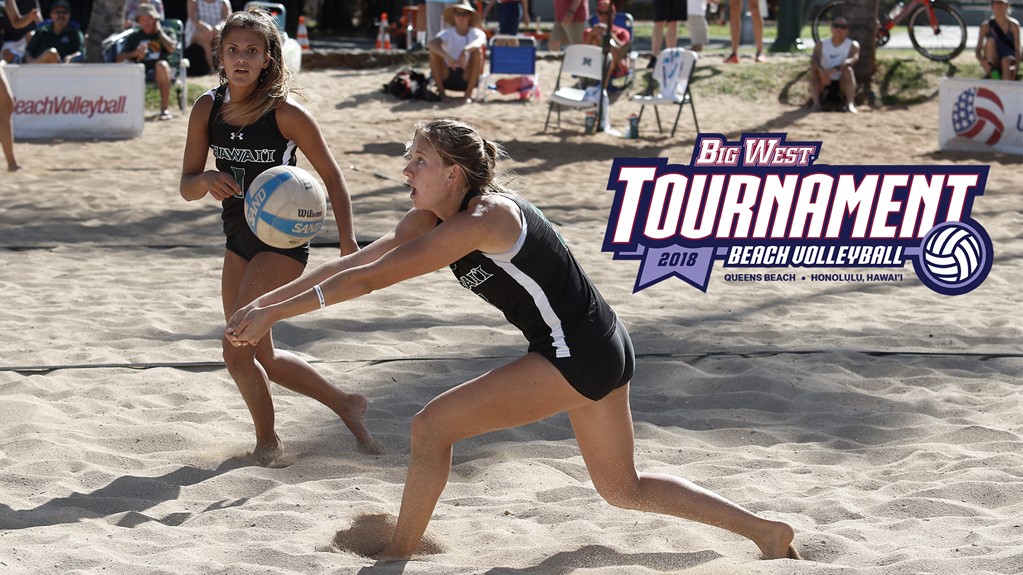 The Big West Beach Championships are slated for April 27-29 on Queens Beach in Honolulu, Hawaii, with the team title being awarded on Saturday and the pairs champion being crowned on Sunday.  Current Photo via Hawaii Athletics

The Big West Beach Championships are slated for April 27-29 on Queens Beach in Honolulu, Hawaii, with the team title being awarded on Saturday and the pairs champion being crowned on Sunday.

Two-time defending tournament champions Hawaii, which is ranked No. 3 nationally, will act as the host and has been tabbed as one of the top two seeds, receiving a bye in the double-elimination tournament. The Rainbow Wahine have won a school-record 27 straight matches coming into the event.

Seedings for the tournament are as follows:

The tournament kicks off a 10 a.m. HT (4 p.m. ET) when Cal State Northridge faces Cal State Bakersfield. The winner of that match will face Hawaii. At 5 p.m. ET, Long Beach State will take on Sacramento State, with the winner earning a match with Cal Poly.

Admission to the event is free. Live scoring will be provided on statbroadcast.com.

In addition to the team event, a pairs championship will take place for the first time in league history. Sixteen teams will face off for the pairs crown including four from Hawaii. Cal Poly and Long Beach State each have three teams in the field, while Sac State, Cal State Northridge and Cal State Bakersfield each boasts two spots. The bracket is below. 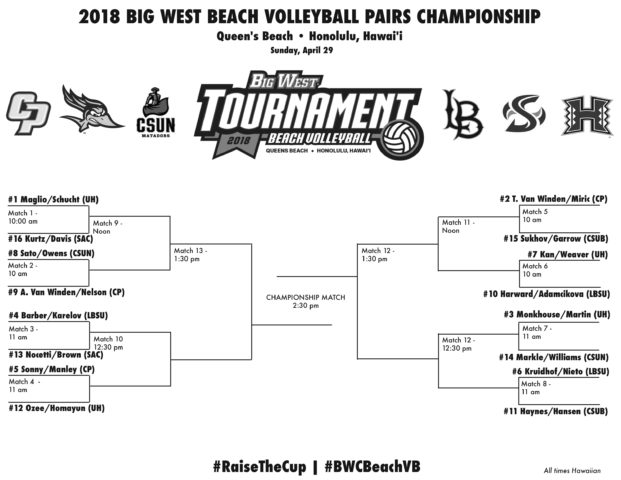