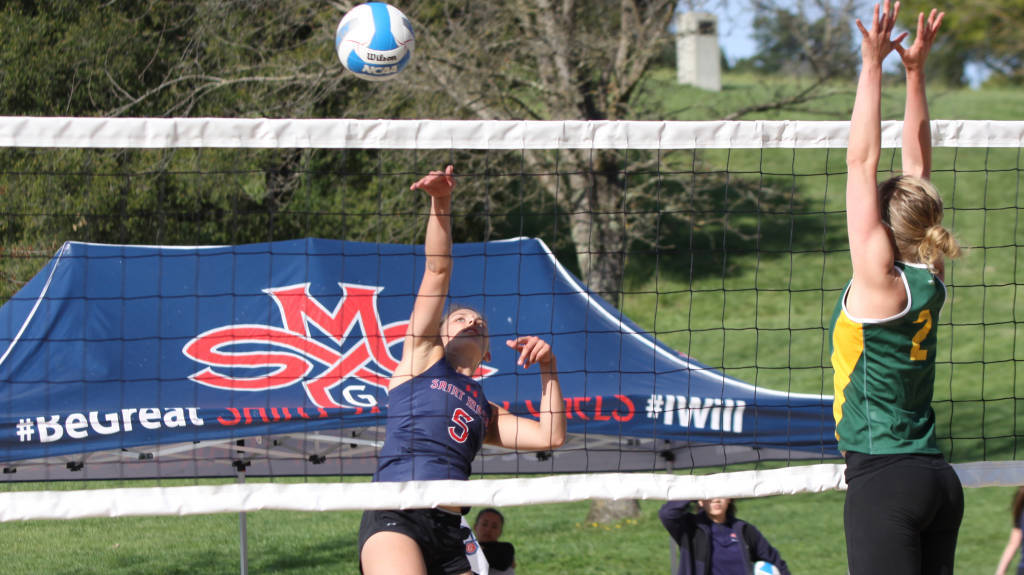 Most of the top 15 was quiet on Friday, with FAU and Cal, tied for 14th in the latest AVCA... Current Photo via St. Mary's College Athletics

Most of the top 15 was quiet on Friday, with FAU and Cal, tied for 14th in the latest AVCA coaches’ poll, represented the lot of them, though with different levels of success.

The Cal Golden Bears suffered their first loss of the season with a 3-2 defeat at the hands of St. Mary’s. That moves the Gaels, who received the 19th-most votes in the latest polls, to 10-3 on the season with all three losses coming to top 15 teams. That includes an opening-day loss to Cal that was avenged on Friday.

Cal entered the day undefeated, but still saw a hole in their lineup and tinkered. They dropped Grace Campbell and Olivia Rodberg from the 2 line to the 3 line, and the pair responded well with two wins. After going 19-9 as 3’s last season, the pair opened only 3-4 this year at the 2 line.

“Grace and Olivia are in their second year playing together and they show it,” Cal coach Meagan Schmitt said. “They have been playing pretty consistently. They have their interpartner communication down, so it’s pretty fluid. They are very comfortable playing together.”

Their replacements at the 2 line, Jessica Gaffney and Camille Stepanof, went 1-1 on the day, beating San Jose St. but falling to Sarah Chase and Emily Bible in the key match against St. Mary’s.

On the opposite coast, Tulane, who has been in-and-out of the top 15 this season, went 2-0, including a win over the home team, at the College of Charleston Beach Classic.

The 3rd coast also played host to most of the day’s games. In St. Petersburg, at the Eckerd Battle on the Bay, FIU won both games as they fight to return to the top 15 after dropping out this weekend. #14 Florida Atlantic, meanwhile, also picked up two wins while dropping only 1 set against Eckerd and Jacksonville St. The tournament runs into tomorrow, but those two teams, the best of the bunch, won’t play head-to-head.

On the opposite side of the Gulf, in Houston, Houston Baptist opened the Third Coast Classic with a 4-1 win over New Orleans, beating out the rains that arrived later in the day.