Stanford’s Kathryn Plummer Tabbed as VolleyMob Player of the Week 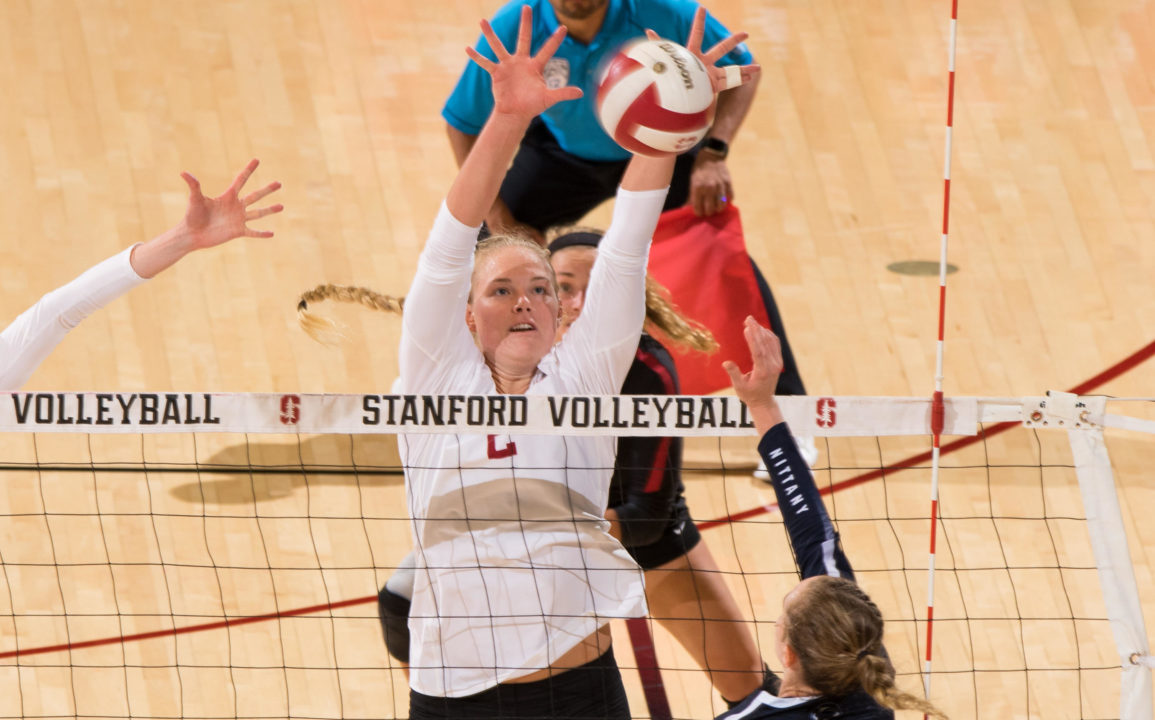 After piling up 40 kills, 16 digs and seven blocks and hitting over .400 for the weekend in a pair of wins over Top 10 foes, Stanford's Kathryn Plummer takes our Week 3 Player of the Week honor.  Current Photo via Stanford Athletics; Mike Rasay, ISIPhotos.com

After piling up 40 kills, 16 digs and seven blocks and hitting over .400 for the weekend in a pair of wins over Top 10 foes, Stanford’s Kathryn Plummer takes our Week 3 Player of the Week honor.

Plummer averaged 5.71 kills, 2.29 digs and 1.00 blocks per set, while hitting .415 in a sweep of No. 9 Penn State and a four-set win over No. 4 Minnesota. The junior outside hitter posted a match-high 15 kills on a .382 hitting effort against the Nittany Lions and followed that with a season-high 25 kills and 10 digs while hitting .438 against the Golden Gophers. In addition, the Aliso Viejo, California, native made good on 43 of her 48 serve reception chances en route to Pac-12 Offensive Player of the Week nods.

Maurissa Leonard, Toledo – Sr., L
Averaged 6.55 digs per set over the weekend, during which Toledo went 2-1 with wins over Duquesne and Manhattan…led team in service aces/set…Recorded 32 digs in the win over Duquesne; also tallied her first kill of the season…Had match-high dig totals in the matches against Morehead State (27) and Manhattan (13); MAC West Defensive Player of the Week