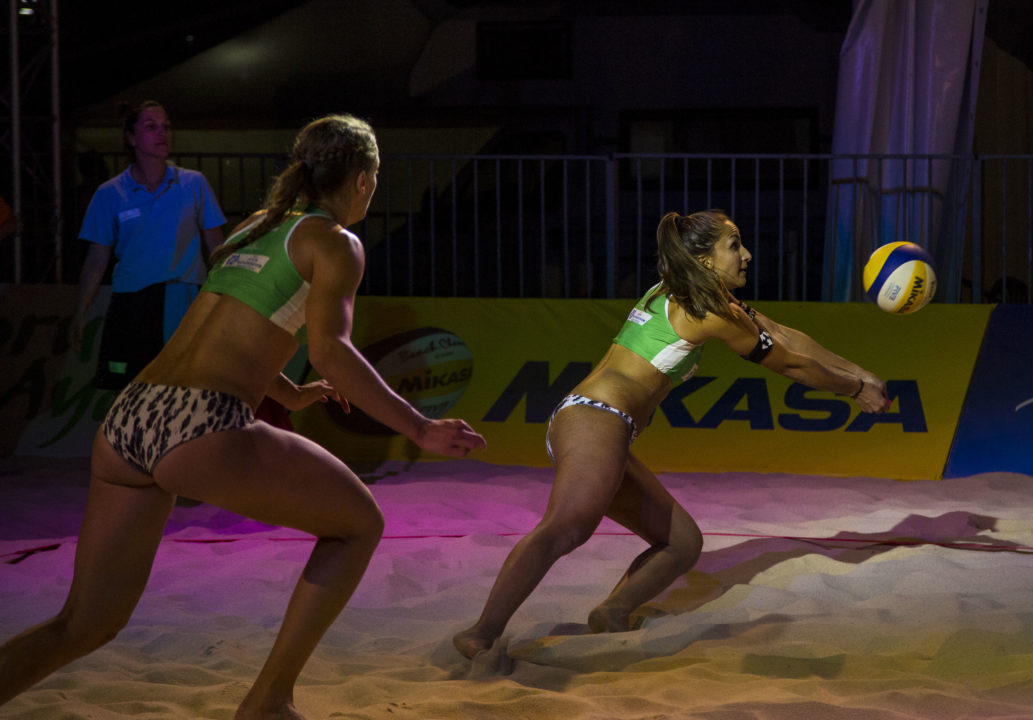 Saturday set the semifinal stage for the Aydin One-Star after a long day of action including the end of women's pool play, the round of 12 and the quarterfinals, while the men's podium matches were set by the end of the day. Current Photo via FIVB

Saturday set the semifinal stage for the Aydin One-Star after a long day of action including the end of women’s pool play, the round of 12 and the quarterfinals, while the men’s podium matches were set by the end of the day.

On the women’s side, Pool D offered one of the biggest surprises of the day as qualifiers Silvia Costantini/Agata Zuccarelli (Italy) topped No. 5 Panagiota Karagkouni/Aliki Spiliotopoulou (Greece) in tiebreak after dropping the opening set (17-21, 21-12, 15-12) to claim the title.

No. 1 seed Ksenia Dabizha/Daria Mastikova (Russia) swept No. 8 Sofia Ogren/Camilla Nilsson (Sweden) 21-14, 21-7 to grab the Pool A title and a spot in the quarterfinals.

In the Round of 12, Karagkouni/Spiliotopoulou and Trans/Tydeskov punched their tickets to the quarterfinals with three-set wins, each hanging on for victories after second set losses.

Once in the quarterfinals, qualifiers Tadva Yoken/Sigrid Simonsson (Sweden) made a statement with a 21-17, 23-21 win over Kjolberg/Hjortland.

Men’s action included the Round of 12, quarterfinals and semifinals as pool titles were awarded on Friday.

Two of the Round of 12 matches went to tiebreak, with qualifiers Raul Mesa/Christian Garcia (Spain) rallying for a win, while fifth seeded Rahman Raoufi/Abolhamed Mirzaali (Iran) held on for a three-set victory.

Qualifiers Stefan Basta/Lazar Kolaric (Serbia), who were given the No. 2 overall seed, earned a spot in the championship match with a quarterfinal sweep of Turkey’s Yusuf Ozdemir/Ali Cebeci and a straight-set semifinal against Russia’s fourth-seeded Ruslan Bykanov/Maksim Hudyakov.

Basta/Kolaric will seek their first ever FIVB gold Sunday morning against Raoufi/Mirzaali. The Serbians were runner-up at the Lucerne Three-Star last week. The Iranians finished third in their first FIVB tournament together at the Satun One Star on April 11. 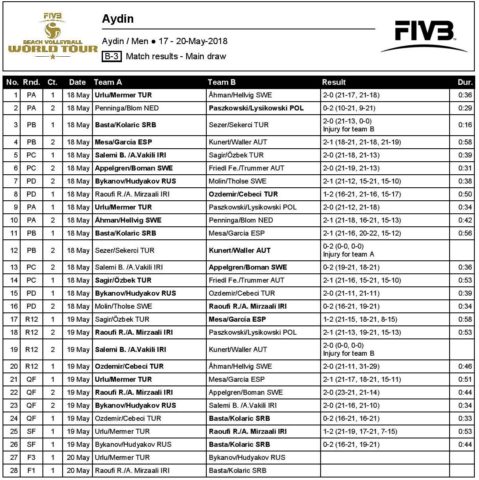 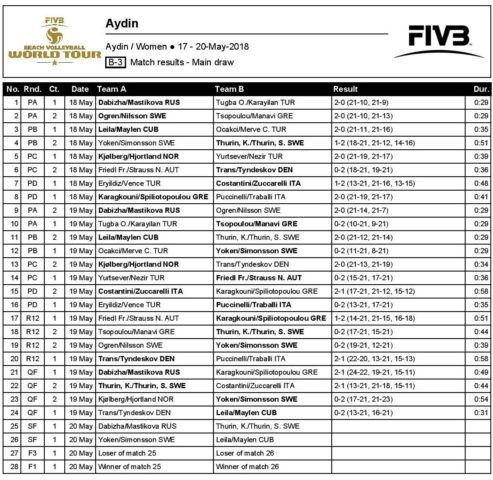