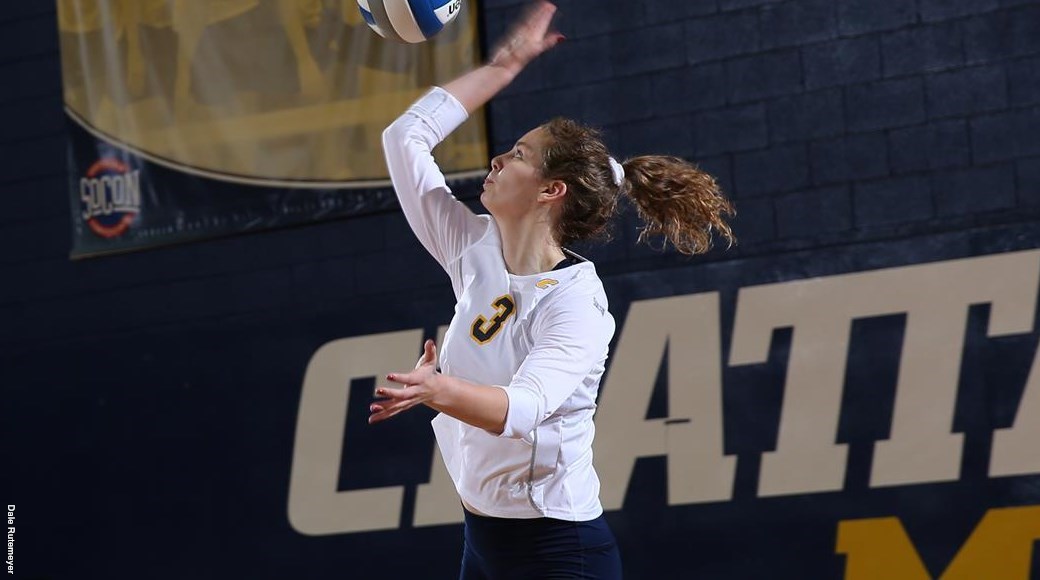 Chattanooga’s Dani Szczepanski and Furman’s Meg DeMaar have been named the Southern Conference offensive and defensive players of the week. Current Photo via Chattanooga Athletics

Szczepanski, a middle blocker, recorded 26 kills, nine digs and six blocks on the week as the Mocs split a pair of conference matches, coming from behind to upset Samford, which sits second in the league standings, and falling in four sets at Western Carolina. In the five-set win over the Bulldogs in midweek action, the junior hit .385 with 12 kills, four digs, three blocks and a service ace. Nine of her 12 kills came in the fourth and fifth sets as she caught fire to lead Chattanooga to the win. In the Saturday match at Western Carolina, the Cincinnati, Ohio, native hit .344 and led the Mocs with 14 kills. She added five digs, three blocks and two assists. Szczepanski leads all SoCon players in hitting percentage both overall (.376) and in conference matches (.376).

🎖 2nd POTW for @dani_pants4
🎖 Consecutive POTW honors for #MocsVB
🎖 3rd total POTW selection this season; tied for most in program since 1997

DeMaar, a libero, averaged 6.5 digs per set and led all players in digs in both of Furman’s conference sweeps on the week. In the Paladins’ win at Wofford, the redshirt senior tallied 16 digs and added two assists and two service aces. Two days later, she bested that performance, turning in 23 digs in the 3-0 win over UNCG. She also contributed six assists and three service aces. The Glen Ellyn, Illinois, native is third in the league in digs per set on the season (.4.81) and second in conference play (5.07) and is fourth overall in aces (0.40). DeMaar is Furman’s career digs leader and the Southern Conference’s active career leader, totaling 1,880 in her time as a Paladin.