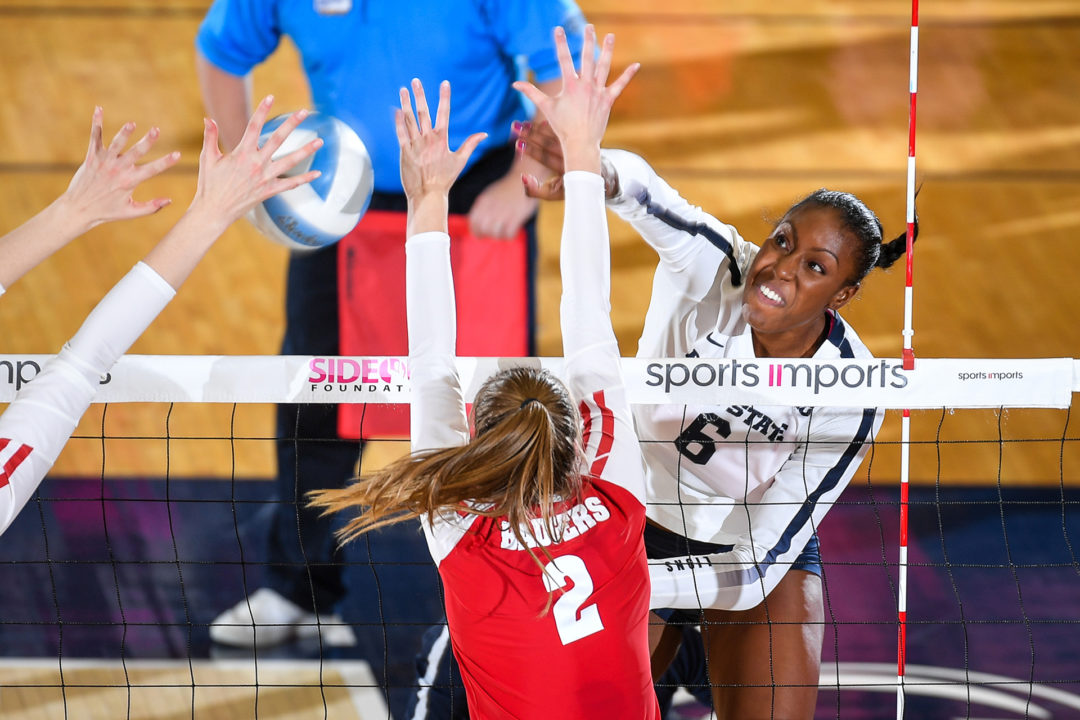 Behind the return of Nia Reed, Penn State spikes up the rankings into the top five. Archive Photo via Mark Selders

Some conference upsets – both near or at the top of leagues and in the middle – led to a nice shakeup in this week’s rankings. That spreads throughout the top 10 all the way down the whole rankings. We start at the top though where the top three are starting to separate themselves.