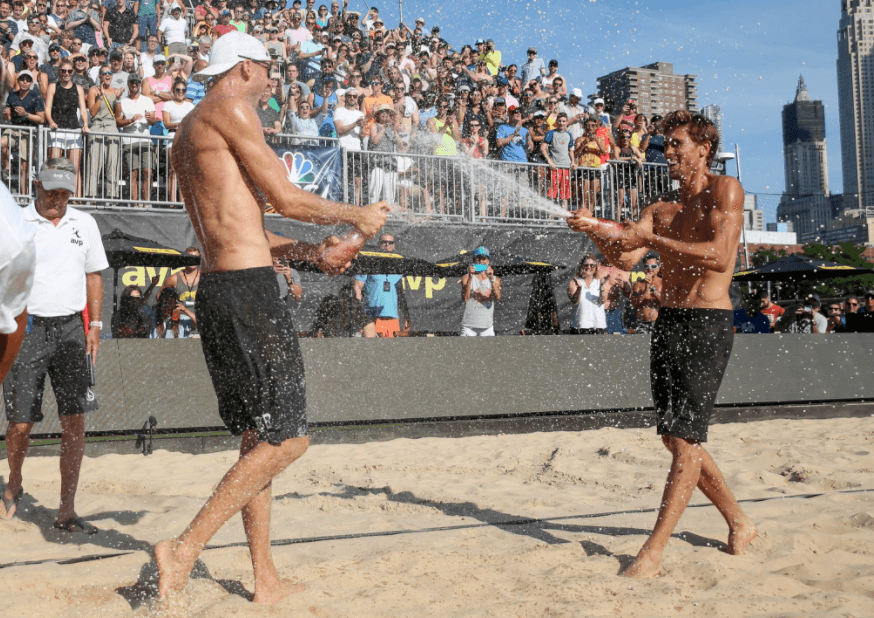 The Hermosa Beach Open on the AVP Tour has concluded with Taylor Crabb/Jake Gibb winning the title over Trevor Crabb/Sean Rosenthal 2-1, (21-16, 17-21, 15-11). Current Photo via AVP

Statistically, Gibb led the field in blocks with 25, averaging 2.27 blocks per set while also adding 55 kills for an attack efficiency of 52.6%. Taylor Crabb picked up 58 digs in the competition for an average of 7.25 per set.