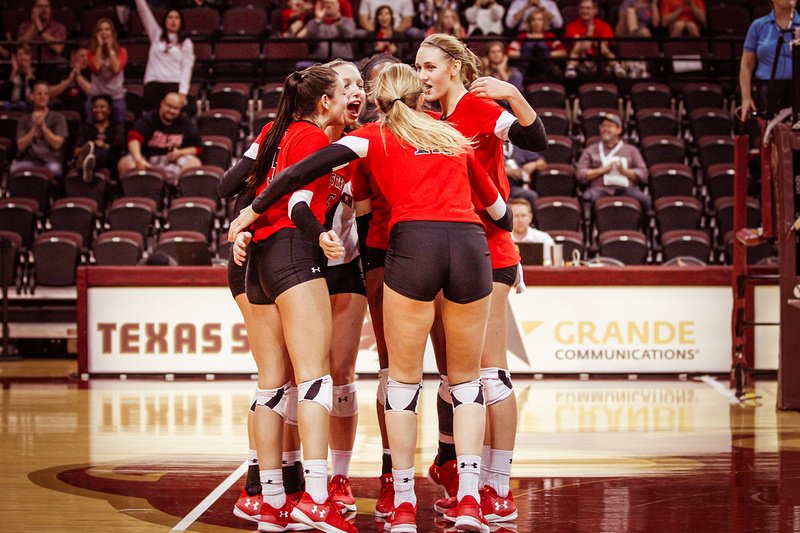 The Texas Tech Red Raiders did their part in a potential Big 12 NIVC Semifinal match, as they took care of a 24-win UC Irvine team in four sets. The win pushes the Red Raiders to an 18-14 overall mark, as they can still reach the 20-win plateau with two more victories to claim the NIVC crown.

The offensive efficiency’s of the two teams were polar opposites, as Texas Tech hit an astounding .336 compared to UC Irvine’s .140. A big part of limiting the Anteaters to such a low mark was the Red Raiders block, as they won that category 10-1. Texas Tech also had one more dig (56-55) while UC Irvine had one more ace (7-6) in an aggressive serving match that saw 21 combined serve errors.

In the losing effort for UC Irvine, Haley DeSales posted a team-best 14 kills to go with 11 digs. Harlee Kekauoha (13 kills) also had double-digit kills, but the top four attackers in terms of total attempts for the Anteaters all hit under .200 in trying to combat a tough Texas Tech defense and serve.

For UC Irvine, their season comes to a close, but it was a strong run that included two postseason victories and a 24-win season coming out of the same conference as Cal Poly and Hawaii. The Texas Tech season continues as they look to keep rolling at TCU in the NIVC Semifinals – a team they defeated twice in Big 12 play.

With a fellow Big 12 foe awaiting in the NIVC Semifinals, TCU completed the potential conference meeting by sweeping through Green Bay. The win not only puts TCU two wins away from an NIVC Championship, but also gives the Big 12 three of the four semifinalists, with at least one going to the finals.

TCU was led by its offense and blocking in the match, as they hit .274 and out-blocked Green Bay 9.5 to five. Three Horned Frogs notched double-digit kills in Lexi MacLean (13 kills, nine digs), Abigail Buckingham (12 kills, .375) and Anna Walsh (10 kills, seven blocks). That was enough to overcome a bit of a wild serving match in which TCU had four aces to 11 serve errors.

Although the serve was inconsistent, it was aggressive enough to help limit Green Bay to a .131 mark for the day. That serve contrasts with Green Bay’s that had three aces to four serve errors, but was less aggressive.

In the losing effort for Green Bay, Jessica Wolf (nine kills, .350) led the offense while Vanessa Buman (20 digs) put up big numbers on defense. In total, they out-dug TCU 47-44, but it wasn’t enough with TCU being the more efficient offense and being less effective with the block.

Moving forward, TCU gets Big 12 foe Texas Tech – a team they lost to twice and were swept by in Fort Worth last time. It’s a Big 12 filled semifinal round, but TCU is both two wins from finishing above .500 and taking the NIVC crown as they will take host to the Red Raiders tomorrow night.