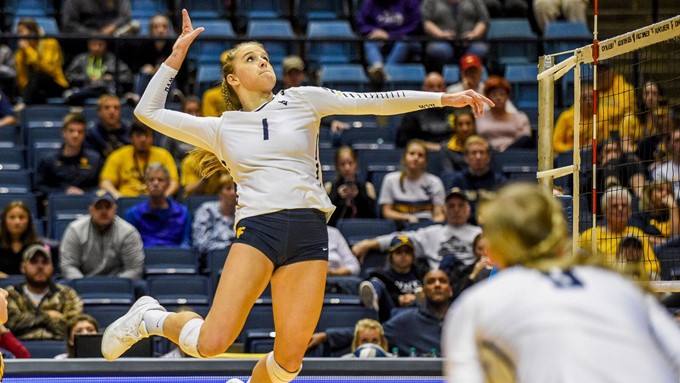 VolleyMob assembled our own NIVC Dream Team including two outside hitters, an opposite, two middle blockers, a setter and a libero, after the title was awarded and 31 matches were played. Current Photo via West Virginia Athletics

In 31 matches of the NIVC Tournament, there were several standout performances. In the end, Ole Miss claimed the title over Texas Tech on Tuesday.

While the NIVC named its own all-tournament team, VolleyMob wanted to make sure no performances were missed and has assembled our own NIVC Dream Team including two outside hitters, an opposite, two middle blockers, a setter and a libero.

Holly Milam, North Texas
Led team with 3.33 kills, 2.44 digs and 0.67 blocks per set in two NIVC matches … Posted a team-high 16 kills, six digs and five blocks while hitting at a .300 clip against Oral Roberts…Followed it up with 14 kills, 16 digs, two assists and an ace against TCU.