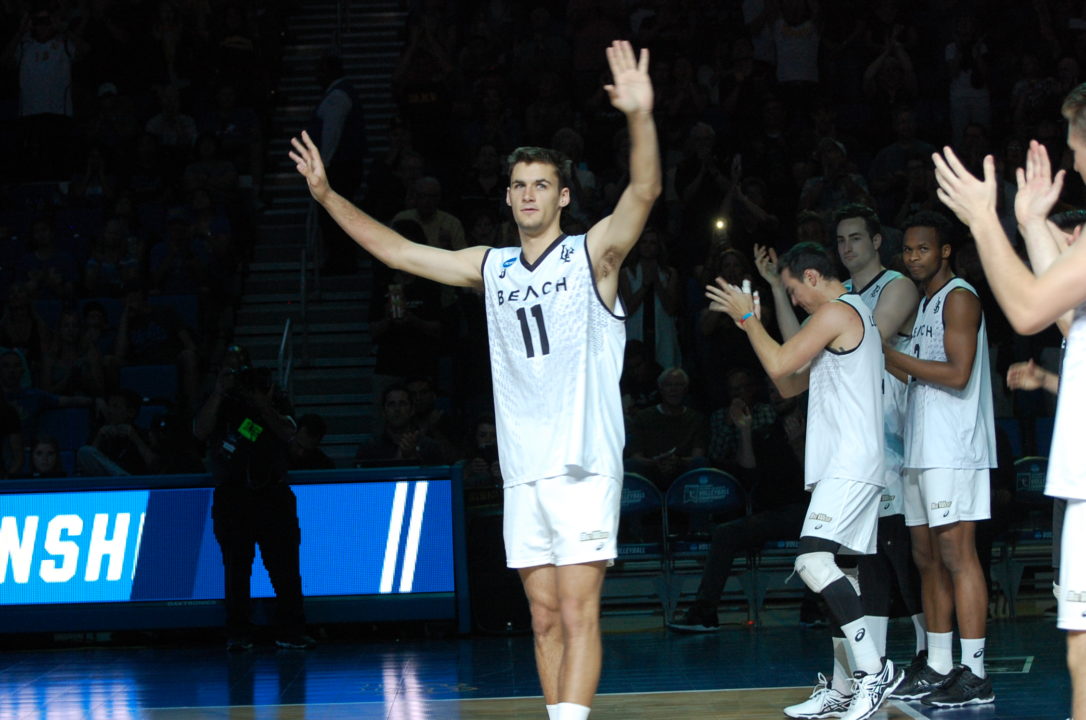 TJ DeFalco (above) got his first start of the 2018 Volleyball Nations League on Sunday in the United States' 3-0 win over China. Archive Photo via Anne Lepesant

The United States made sweeping changes for their 3rd match of the 2018 Volleyball Nations League against China, and for the third-straight match were stingy with their rotation: each of the 3 matches saw only 9 players see court time, with the starters responsible for all by 2 attacks throughout the entire weekend.

The big changes for Sunday’s week 1 finale were that Taylor Averill got the start at middle blocker over Jeff Jendryk (who had started the previous two matches) and David Smith who started the first. Long Beach State junior TJ DeFalco also got the start, recording 9 kills and 4 blocks on 16 attacks. That relegated Olympian Thomas Jaechke to the bench.

The early starting patterns for U.S. head coach John Speraw mirrors that which we saw in last year’s World League – players who were offensive focal points in one match wouldn’t get off the bench in the next. Last year, though, Speraw was more willing early on to use his bench. For example, last year, at least 8 players (not including the libero) started at least one match in the United States’ 3-1 semi-final loss to Brazil, while an additional 2, plus the libero, saw court time. That makes 11 out of 14 players participating in the match. Most of the team’s pool play matches also swam 10 or 11 participants, and at that more than the token appearances for 1 or 2 serves that came this week in Ningbo – even in the preliminary stages of last year’s World League.

Each player that started each game this weekend also started in every set of that match, which is rare at the international level.

In total, substitutes (excluding libero) played maybe 25 points across the 3 matches. A breakdown of the Americans’ lineups across the 3 weeks of play is below.