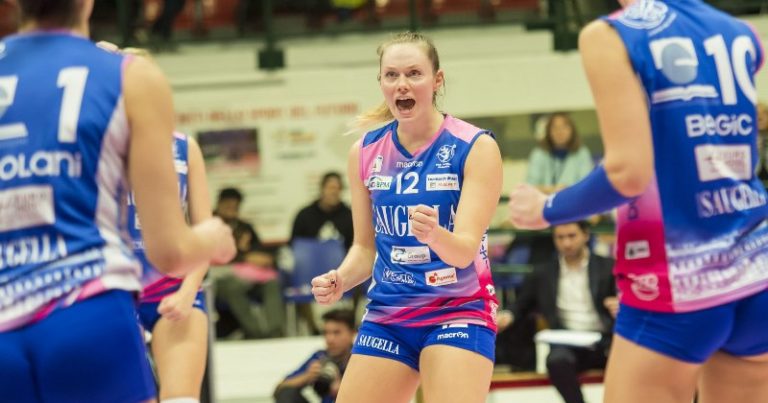 Penn State’s alumni Micha Hancock has agreed to a contract extension with Italy’s Monza Vero Volley, per the team’s official website. This will be Micha’s second stint with the club after leading it to a 13-9 record last season, good enough for a fifth seed in the playoffs, where it was knocked out by Busto Arsizio on the first round. Micha was wildly considered one of the best setters and servers of the tournament.

She expressed her happiness with the extension:

“It is a great satisfaction for me to have the opportunity to play another season with the shirt of Saugella Monz. After the emotions of last year, in which we were only a step away from the Italian Cup final and the Scudetto semi-final, the determination to do even better will not fail for sure. In Vero Volley I found a fantastic environment: where you can work well, grow, and aim at important goals. I am happy to play another year with talented players like Ortolani and Arcangeli and national teammate Adams. Last year we managed to create a strong bond and the experiences of the season that just ended will help us to do better. I’m sure we have all the prerequisites for embarking on an important journey. For sure we will try.”

She will be joined in the team by fellow USA teammate Rachael Adams.