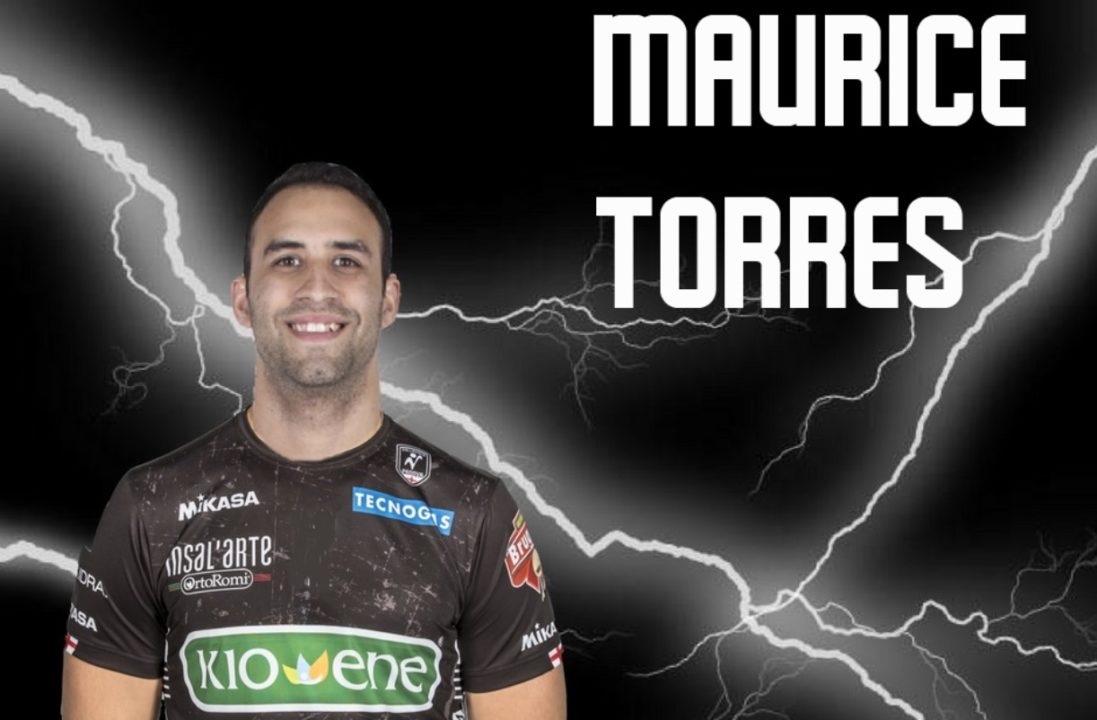 After a frustrating end of season, Zaksa's roster is already being reshaped  Current Photo via http://pallavolopadova.com

After a frustrating end of season that saw it lose the Polish Championship to Skra Belchatow at the finals and leave the Champions League Final 4 without a medal, Polish super-club Zaksa is already starting to feel a shake up in its roster. Starting opposite hitter and the team’s leading scorer, Maurice Torres is leaving the team for Italy’s Padova, while back-up setter Marco Falaschi will join Catellana Grotte.

Maurice Torres is an offensive cannon. Since graduating from Pepperdine University, he has played in France, Puerto Rico, Poland, and is now returning to Italy. His lone season in Poland was very solid, as he averaged 17.8 points per game. He shared his excitement with fans about his new home:

“I like everything about the Italian championship: the level of play, the cities, the fans and the great caliber of the opponents. At every game you play against a strong team and it is a feature that few nations in the world can afford. After California and Puerto Rico, for me Italy is a sort of third home. I played here for a long time and I still have many friends that I can not wait to embrace

I expect an adventure that is not easy but where we can grow a lot. Italy is attracting many players of the highest level from abroad and therefore the next season will be a tough and challenging championship. Despite this, I think we can fight to get to the Play Off area. Personally, I expect to grow a lot with a coach like Valerio Baldovin, both from a human and an athletic point of view. Also I hope that there are many supporters to embrace us!

To all the fans of Padova I want to say that I can not wait to meet them and to get to know them. I want them to understand that we will play first for them, so support from the stands will be crucial. As a team, from the first to the last day we will give our best for them and for the city of Padua. See you at the Kioene Arena!”

Marco Falaschi is also making his way back to Italy, going back to play for Catella Grotte, a team he starred from 2010-2013. He wasn’t getting much playing time in Zaksa, having to back up Benjamin Toniutti, one of the world’s best setters. The team is very excited to have him back:

“I am very happy to have Falaschi; it is the first piece in the training we are setting up. Marco is playing outside Italy for 4-5 years, and will surely return with great motivation to do well. He is an expert dribbler with important technical characteristics. He prefers a fast and fast game, in fact with the sports director De Mori, we are evaluating players who know how to attack that kind of lift. He is not a very tall player but on the wall he asserts himself very well. For him it will have to be an exciting championship to be able to aspire to be in the lap of the national dribbler. “