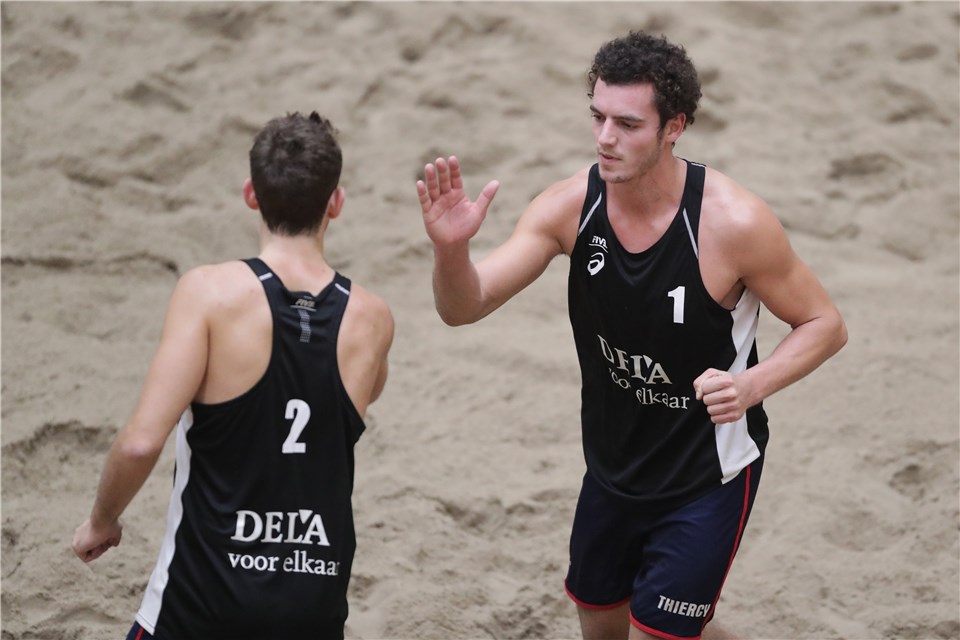 Three of the eight matches went the distance in the second round of qualifying at the DELA Beach Open Thursday... Current Photo via FIVB

Three of the eight matches went the distance in the second round of qualifying at the DELA Beach Open Thursday morning.

Ondrej Perusic/David Schweiner of the Czech Republic and Maxim Thiercy/Arnaud Gauthier-Rat of France both rebounded after first-set losses to advance in three sets.

Teams from 20 countries make up the 32 team main draw field. Four teams hail from Poland, while three each are out of the Netherlands, Latvia and the United States. Australia, Brazil and France each have two teams in the field.

Americans William Allen and Ryan Doherty will face Kolinske/Evans in the opening round of the main draw in the only matchup of countrymen.