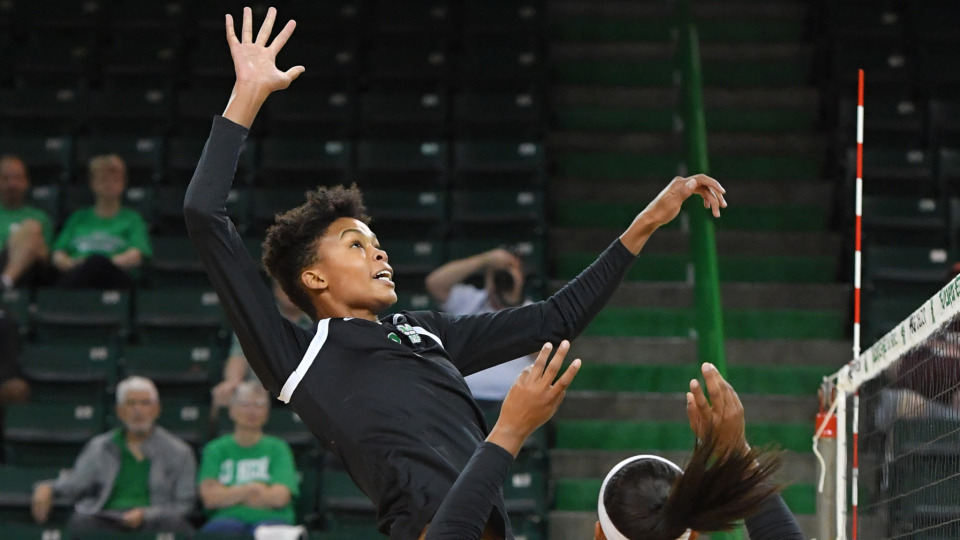 Former Marshall middle blocker Addisyn Rowe is transferring to Tennessee for 2018. Rowe will now be a sophomore in the fall with three years left of play and is set to be immediately eligible.

It was previously reported that Rowe was no longer listed on the roster yet was still with the track & field team, so it would have made sense that she was just focusing on the latter. However, no it appears clear for the reasoning as she joins Tennessee.

In her lone season at Marshall, Rowe appeared in 30 matches and posted 140 kills (1.43 per set) on a team-best .276 hitting percentage, 97 blocks (0.99 per set) and 33 digs. Those numbers led to her being on the Conference USA All-Freshman Team. A 6’3″ native of Limestone, Tennessee, Rowe also attended David Crockett High School for her prep career. It leaves Marshall, who went 11-19 and 6-8 in the C-USA in 2017, with three returning middles and five overall for 2018.

“Addisyn is long, quick and has a great motor,” Tennessee head coach Eve Rackham said in the team’s release of the addition. “With a year of college volleyball under her belt, she will not only bring experience to our program but great determination and work ethic. Addisyn has the ability to be a strong contributor and will undoubtedly be a great teammate. Our staff is looking forward to developing her game and will enjoy her passion in the gym every day.”

Rowe now joins three other returning middle blockers for the Volunteers come 2018 as Tennessee is coming off of a 12-15 season in which they went 5-13 as a member of the Southeastern Conference (SEC).