Texas Gets Commitments from 2 Underclassmen Blue-Chippers 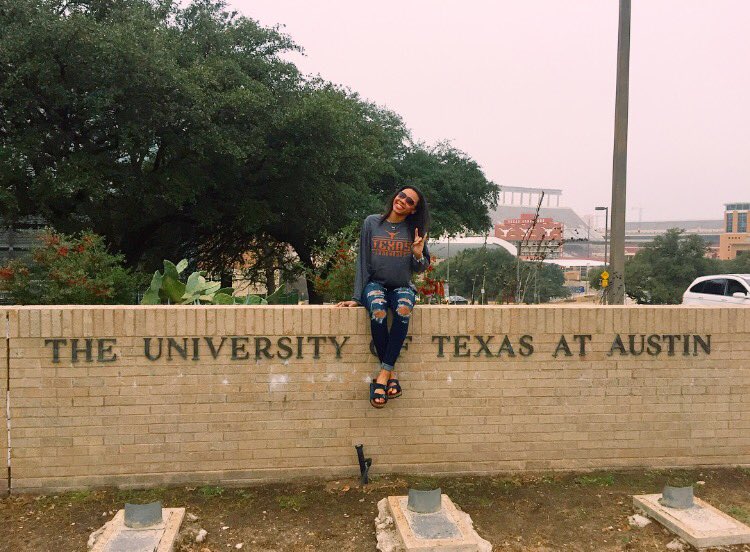 The Texas women’s volleyball team and head coach Jerritt Elliott have had a fruitful conclusion to the month of January... Current Photo via Skylar Fields/Twitter

The Texas women’s volleyball team and head coach Jerritt Elliott have had a fruitful conclusion to the month of January on the recruiting trail. Already looking out well into the future, the Longhorns got verbal commitments in the last 2 weeks from a pair of highly-touted, but young, high schoolers: freshman Naomi Cabello from Florida and sophomore Skylar Fields from Houston.

Cabello is a 5’10” setter and right side from Clermont, Florida who attends East Ridge High School and plays for the Top Select Volleyball Academy.

Cabello’s commitment, if she remains a setter when she gets to Austin, is an important one for the Longhorns. They graduated All-American setter Chloe Collins at the end of last season, and bring in the top setter in the high school class of 2017 Ashley Shook to replace her next year. If all goes to plan (commitments are non-binding this far out), Cabello will have at least one season playing behind or competing with Shook to develop before taking over the setter position full-time.

She was named to the 2015 USA High Performance Future Select National Camp.

I am so excited to announce my verbal commitment to play D1 volleyball at the University of Texas! Hook'Em ???? pic.twitter.com/RVgrXyGLE2

Fields plays her club volleyball for Houston Juniors, and in March of 2016 recorded a 31.6″ vertical leap to touch out at 10’8″.

Fields was named to the 2016 U.S. Girls’ Youth Training Team, where she played alongside fellow Texas commit from the class of 2019 Logan Eggleston. The two are near-mirror-images of one another, both 6’2″ outside hitters.

Fields is the younger sister of North Carolina standout middle hitter Sydnye Fields, who averaged 1.38 blocks per set as a redshirt freshman last season. While Skylar is more focused on the outside and offense, her defense did improve last season.

She led her high school team to the 4th round of the uber-competitive Texas high school 6A playoffs. In spite of the loss, Fields showed poise in a big game by leading her team with 18 kills and hitting .341 with 3 block assists.

super excited to say i just committed to The University of Texas to play volleyball !! ???? #hookem #UT23 pic.twitter.com/DrhUMGKcHz

The Texas Longhorns were the 2016 NCAA Championship tournament runners-up, and while they graduated a huge class, they do bring in the #1, #2, and #6 commitments in the class of 2017 to begin rebuilding.