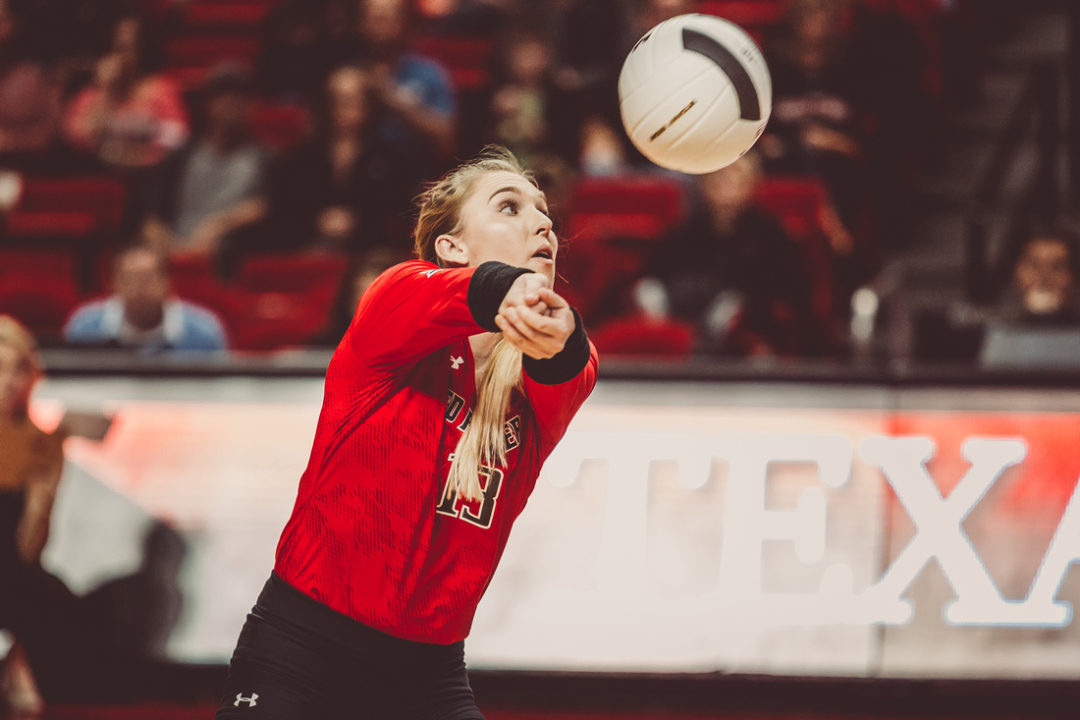 K-State took a 6-2 lead in the decisive fifth set with help from three Williams kills. TTU rallied with four straight points, with two Atwood putaways and a kill and a block by Keenan, to knot the score. The Wildcats called timeout and scored six of the next seven out of the break to go up 12-7. Two kills and a block by Vogel guided the K-State rally. The Red Raiders scored four of the next six, thwarting a Kansas State match-point try at 14-10, but couldn’t finish the comeback. Zumach notched the final kill in the Wildcat win.

Kansas State jumped out to an early 10-3 lead in Set 1 as TTU committed three errors and Elle Sandbothe put up three blocks. Kills by Voegl and Alyssa Schultejans boosted the margin to eight at 16-8. The Red Raiders were within five at 17-12, but K-State closed out the set on a 8-3 run. Williams downed three kills and a block as the Wildcats capped the 25-15 win.

Trailing by as many as four (9-5) in Set 2, Texas Tech erased the deficit and pushed ahead by two at 14-12. Three K-State miscues and three Atwood kills gave the Red Raiders the lead. The Wildcats took a brief 19-18 lead as Vogel and Schultejans turned in kills. TTU wrapped up the set with seven of the final 11 points. An Atwood kill set up the final point, which came on a Keenan putaway.

The Red Raiders carried the momentum into Set 3, cruising to a 10-4 lead and holding on for the 25-17 win. K-State was within four at 18-14, but couldn’t keep pace with Texas Tech, which marched on to a 24-16 lead with two kills and a block by White. A pair of Atwood kills clinched the win.

Down 6-4 in Set 4, Kansas State put together an 11-4 run, vaulting ahead by five at 15-10 as Texas Texas committed four errors and the Wildcats put up three blocks. K-State went up eight at 21-13 with two blocks and a kill by Vogel, and the team did not allow TTU closer than six the rest of the stanza. Two Williams putaway gave the Wildcats the 25-18 win and forced the decisive fifth set.