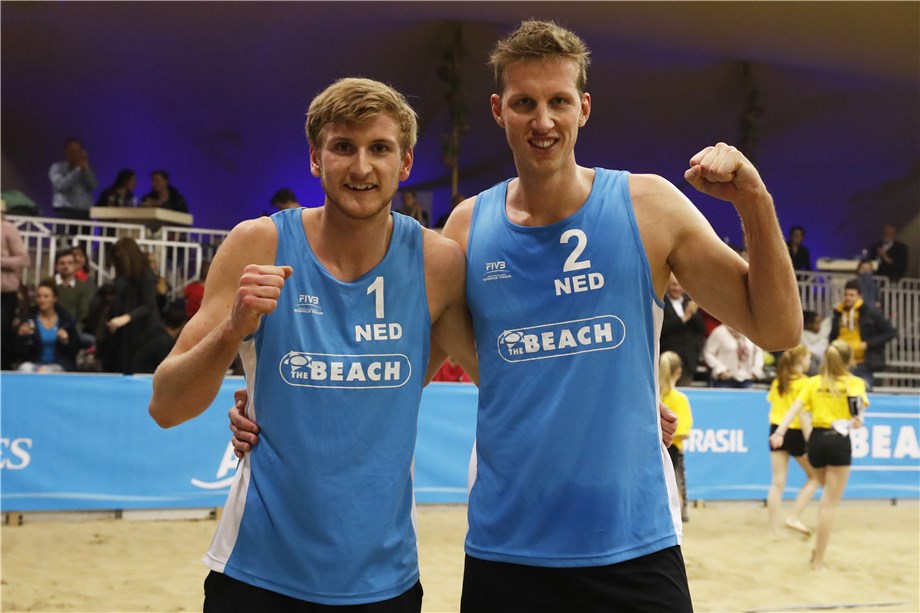 Christiaan Varenhorst has not enjoyed much partnership stability in his beach volleyball career. In 2018, he debuted with Jasper Bouter, his fourth partner in as 3 years. The duo had a successful first tournament, winning silver at -Star tournament in Aalsmeer in March, and are now set to play in the 4-Star FIVB Beach Volleyball World Tour tournament in Xiamen that will run from April 18-22. Here is what Varenhorst had to say of his new partnership (FIVB.com):

“Of course it’s difficult to handle making the basic adjustments and structuring our team to play. But we have a really good coaching staff, which is helping us a lot and I believe we’ll be very competitive soon. I’m happy with the progress we are making. I’m really excited to play with Jasper. He is a very talented player and made a huge step forward last year despite being injured. I saw what he’s capable of and we can be a good block-defense team. I don’t think we are able to compete with the best right away, but we are moving forward really fast and a lot can happen in a short time.”

Varenhorst enjoyed his best seasons from 2014 to 2016 when he was in partnership with Reinder Nummerdor. They won silver at the 2015 FIVB Beach Volleyball World Championships and three gold on the World Tour. The duo reached the Rio de Janeiro 2016 Olympic Games quarterfinals, after which Nummerdor retired. Varenhorst then had a brief stint with Olympic medalist  Alexander Brouwer. He then moved on to play with  indoor Dutch national teamer Maarten van Garderen. It was a successful partnership, as the duo finished fourth at the Vienna 2017 World Championships, but another short-lived one, as after only one season, Van Garderen returned to indoor volleyball.

Will fans now be able to see a Varenhorst team that lasts more than a season?

Not a beauty, but it's a final for us here at the #bloomingbeachaalsmeer Starting at 15:30! Be there! Thanks @pimspictures for the picture. #voorelkaar #final #bloomingbeach #uglyface

A post shared by Christiaan Varenhorst (@christiaanvarenhorst) on Mar 18, 2018 at 3:55am PDT