The Race for Perfection in NCAA Volleyball: and Then There Were 2 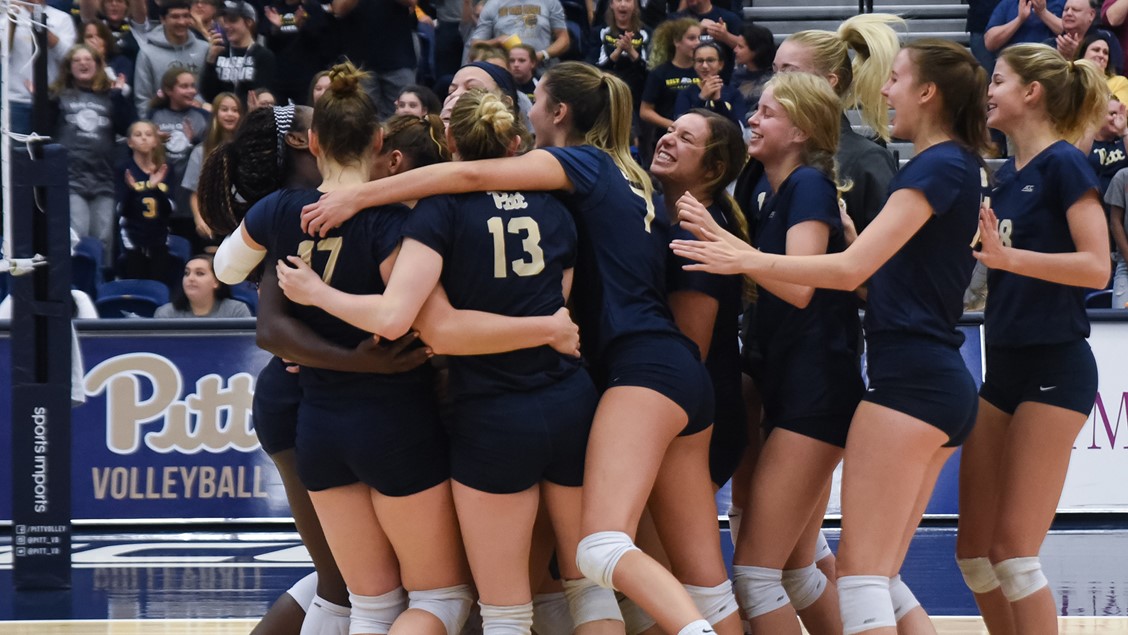 The Pitt Panthers earned their first pre-season ranking in program history in 2018, and they've validated it with a 15-0 start to the season. Current Photo via Pitt Athletics

There have been 5 perfect seasons in the NCAA Division I women’s volleyball era, and after 5 weeks of the 2018 season, there are still 2 teams with perfect records. And both have a legitimate shot of at least making it to the NCAA tournament without a loss.

Entering the week, BYU, Pitt, and Illinois were each undefeated. Illinois were the latest to lose, 3-1 to the defending National Champions Nebraska.

Of the 3 teams, they were always the least-likely to run the table: the Big Ten is so incredibly deep this year (and every year) that it takes a true super team to make it out of that conference undefeated. Illinois is good, and are anchored by maybe the best middle blocker in the country Ali Bastianelli in the middle, but to survive their 6-match October gauntlet of Nebraska, Wisconsin, Northwestern, Minnesota, Wisconsin again, and Michigan was going to take something heroic.

For Pitt, the dream is still very-much alive. At 15-0, they are 4 losses better than any other team in the ACC this season.

They’ve already beaten Miami this season. Their next match is against a scrappy Syracuse team that was on the verge of being run out of Iowa State’s gym earlier this season before coming back and winning 3-2 behind some big-time athleticism.

The biggest upcoming hurdle is an October 14th match against NC State in Raleigh. Until a loss last week to Louisville, they had won 14-straight ACC home matches, and in spite of that loss, they’re still a tough team to beat at Reynolds Coliseum.

The big one circled on the calendar is an October 21st matchup with Louisville, at home – the two teams’ only matchup of the season. While there’s some other trap matches in the ACC this season for the Panthers, Louisville is probably the 2nd-best team in the conference this year (just as they were last year, when the two teams shared the conference title).

How we feel about being 1️⃣5️⃣-0️⃣.

BYU has already been through 2 of the biggest tests in the WCC, Saint Mary’s and Pepperdine, and they dominated them all. Against 11-3 St. Mary’s, they only gave up 37 points in a 3-set win.

The Cougars’ next match is against San Diego, a team that went to the 2nd round of the NCAA tournament last season (and very-nearly beat USC in that 2nd round, before succumbing 3-2).

The Toreros had a brutal non-conference schedule and only went 3-6 in those matches, but they’ve rebounded and are 4-1 so far in conference play.

BYU and USD have split their matchups in each of the last 2 seasons, and the teams are an even 8-8 all-time. That record, though, swings to 6-3 in favor of the Toreros when playing at home – which is where they’ll play on Friday.

The teams play again in November in Provo, and the Cougars can’t exhale yet as they have to play the whole league twice, but next week’s match against USD feels a little bit like a trap that – if they hurdle it – could clear the runway to an undefeated run, at least until the NCAA tournament.

Just a thought, but its really hard to think Ali Bastianelli is the ‘best middle in the country” when she was no better than the 3rd best middle on the court Saturday night . . .. #smh

ikr, Stivrins and Schwarzenbach were dominant