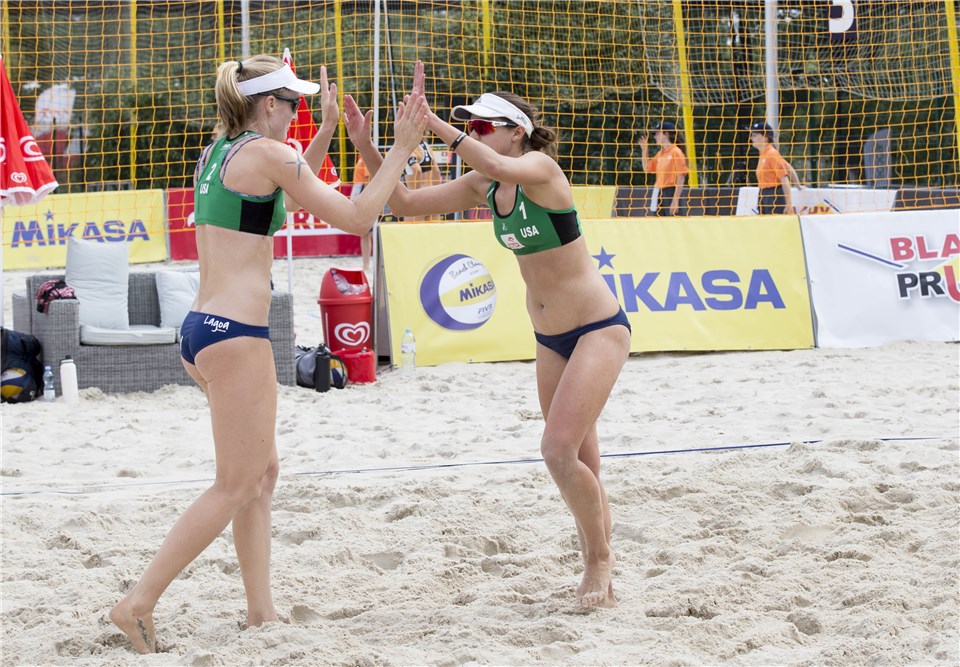 All three American duos moved on to the main draw:

Flint/Day and Patterson/Slick will join Taylor Crabb and Jacob Gibbs in the main draw, while Trevor Crabb and John Mayer were eliminated. As for tournament favorites and top seeded Adrian Heidrich and Mirco Gerson of Switzerland, they only played on the second round, having received a bye in the first. They managed a straight-set win over Jyrki Nurminen and Santeri Siren, but not without a lot of work:

“It was a good game. At this level you cannot be surprised by the opponent. We watched many videos with their games, so we were well prepared. I think that our serve was key to the success in this game. In the first set the Finnish team played well and the result was close, but in the second set we played better, especially in serving and the result was clearer. We have been here in Warsaw since Monday and I can say that the venue is very nice and so is the city. The courts are awesome and we have perfect conditions for beach volleyball here.” 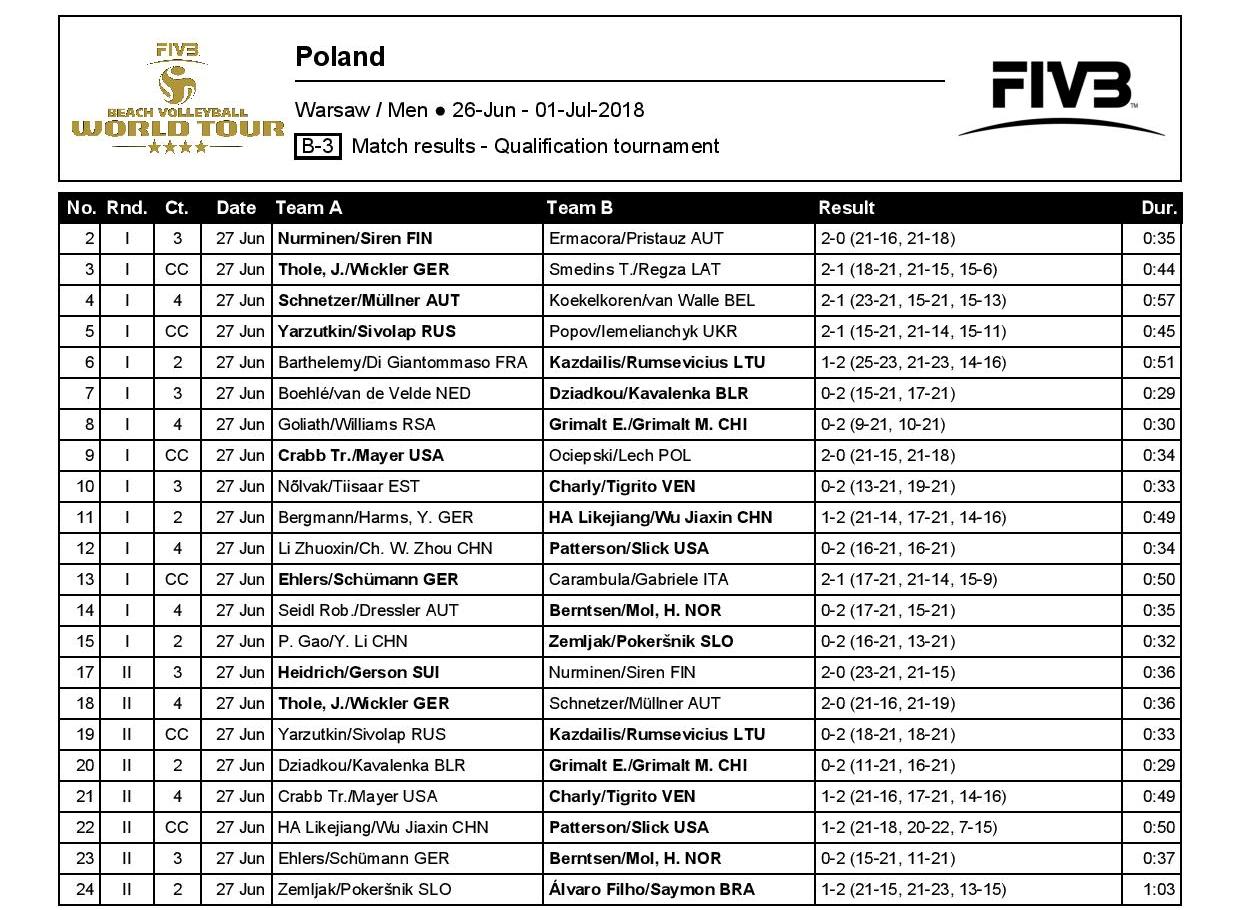 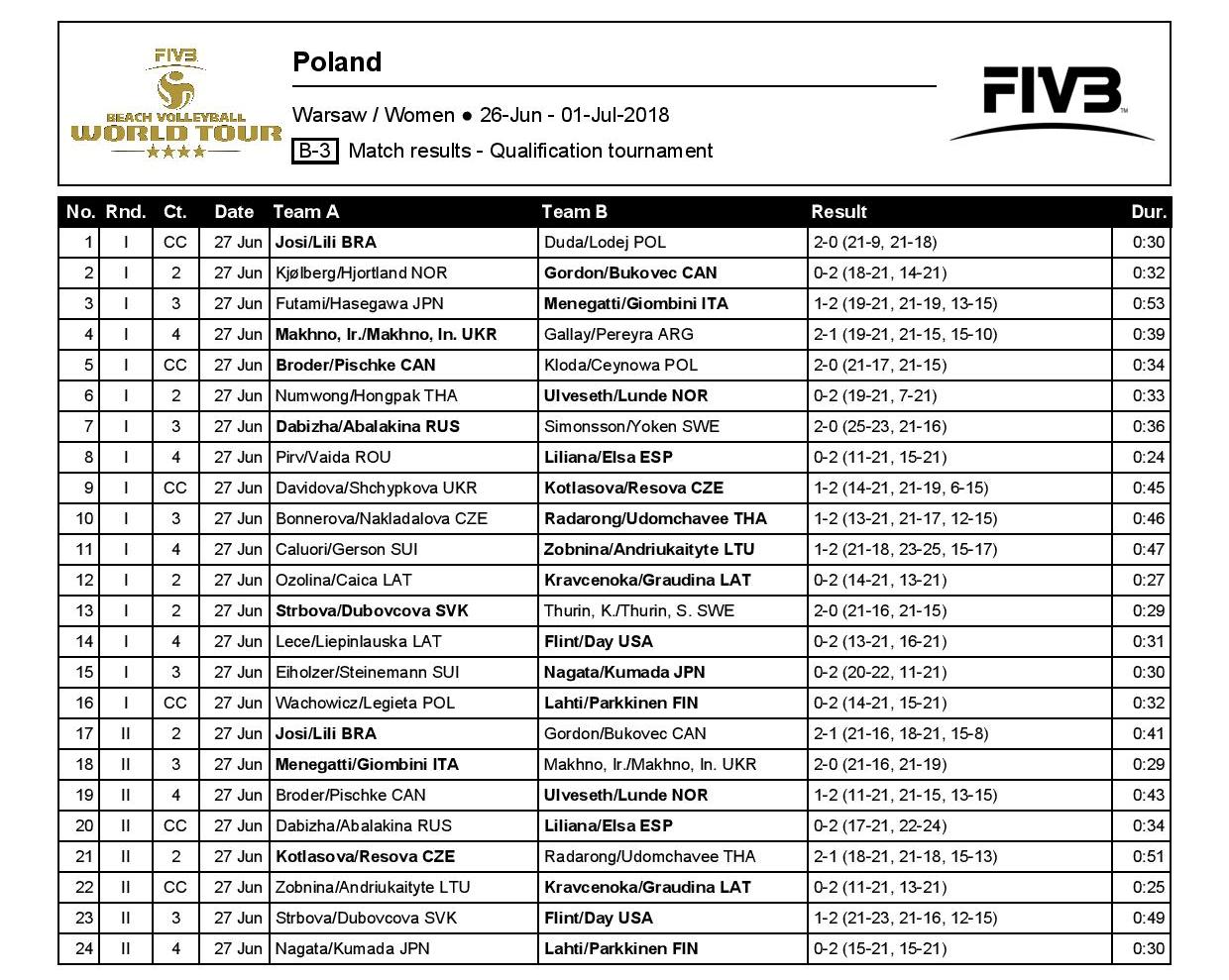 Down 2-8 in the 3rd..came back to win 15-12. One of the funnest comebacks I’ve been a part of! Stoked for our growth as a team @emday6 👊🏼 #iblackedout #whathappened #grinding #letsgooo #allBetsonDay #qualified #FIVBPoland