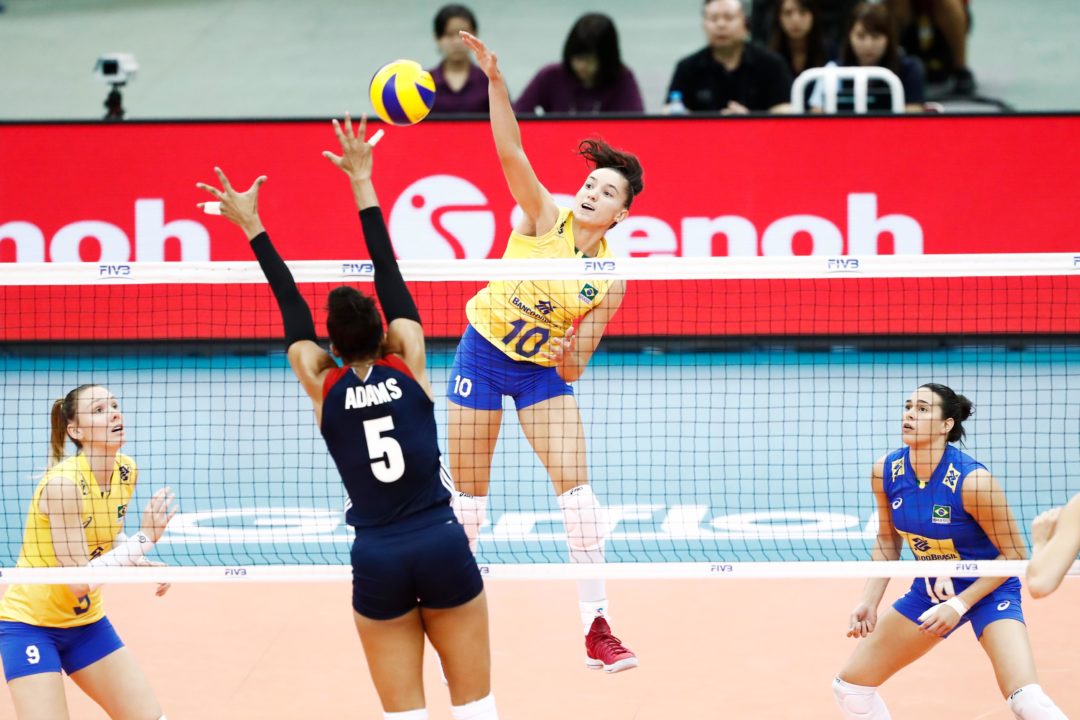 Coming off a knee surgery last season, Gabriela Guimarães knew that in order to reach the VNL finals in her best shape, she would have to take things very slowly. She started out the competition playing only the first set of matches, a plan organized by experienced coach José Roberto Guimarães. It worked, she is now fully recovered and ready to go all out in the finals (Globo.com):

“I am very happy. I recovered gradually. I started playing one set, then two sets. The most important thing for me was the confidence of the whole technical department, which allowed to rehab. I still had some pain from my surgery, I was not 100% recovered. It’s great to be back to the finals, I’m 100%, being able to contribute to the group more and more each day. I’m feeling pretty good in training. Zé has been fairly confident. Apparently, he’s happy with what he’s seeing. That gives me confidence to play this final stage.

This is important, because the team is really missing Drussyla Costa. She came in superbly, replacing me when I could not play the whole game. Now, the coming of Jaqueline Endres was very important as well, even though she is in the process of becoming a libero. My return will be very important to give the team stability. I hope to be able to live up to expectations.”

Her coach was likewise very happy:

“She is not in pain and better prepared, which is what we expected would happen. Everywhere we went, she managed to do weight training, work out in the swimming pool. That was very important. Gabi is whole, thank God, and willing in every way.”

Brazil will debut tomorrow against the Netherlands, and will face China next. Being Brazil’s most offensive-minded outside hitter, the team’s hopes for a title rests a lot on how well she’ll be able to play full games.