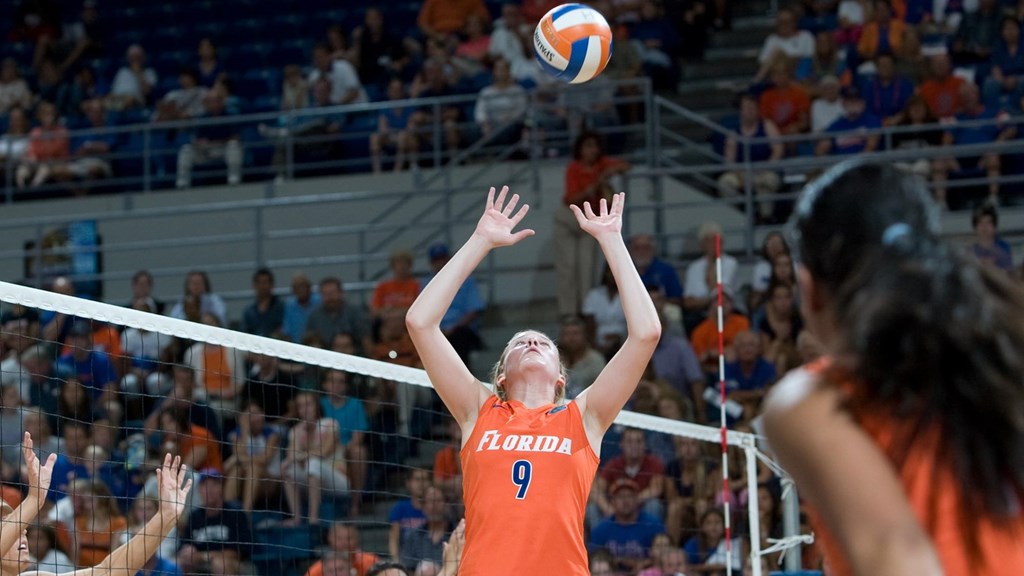 The 2018 UF Athletic Hall of Fame class, including two-time SEC Player of the Year Angie McGinnis, was announced Monday by the University of Florida F Club and Gator Boosters, Inc. Current Photo via Florida Athletics

During their Gator careers, members of the 2018 Hall of Fame class claimed two national and 14 Southeastern Conference team championships and 14 NCAA individual titles.

The induction ceremony for the nine-member class is Friday, Nov. 2 at Exactech Arena at the Stephen C. O’Connell Center.

In addition, Caeleb Dressel and Alex McMurtry will be honored as the 2017 Ben Hill Griffin Award Winners – honoring the top male and female student-athlete for the calendar year.

A Gator Great is a letterwinners who has brought recognition and prominence to the University and themselves by athletic accomplishments as a student-athlete. An Honorary Letterwinner is a coach or athletic official (after retirement) who were not letterwinners or athletes at the University of Florida, yet have rendered outstanding service to the program through personal time, effort, interest.

Fans interested in attending the ceremony can contact Kyle Rogers in the Gator Boosters, Inc., office at 352-375-4683, option 3.

& now, Angie McGinnis will be inducted into the UF Hall of Fame!
https://t.co/HBbOpPBNCK#GatorsAlways #GatorGreat pic.twitter.com/zrmegHz2sB