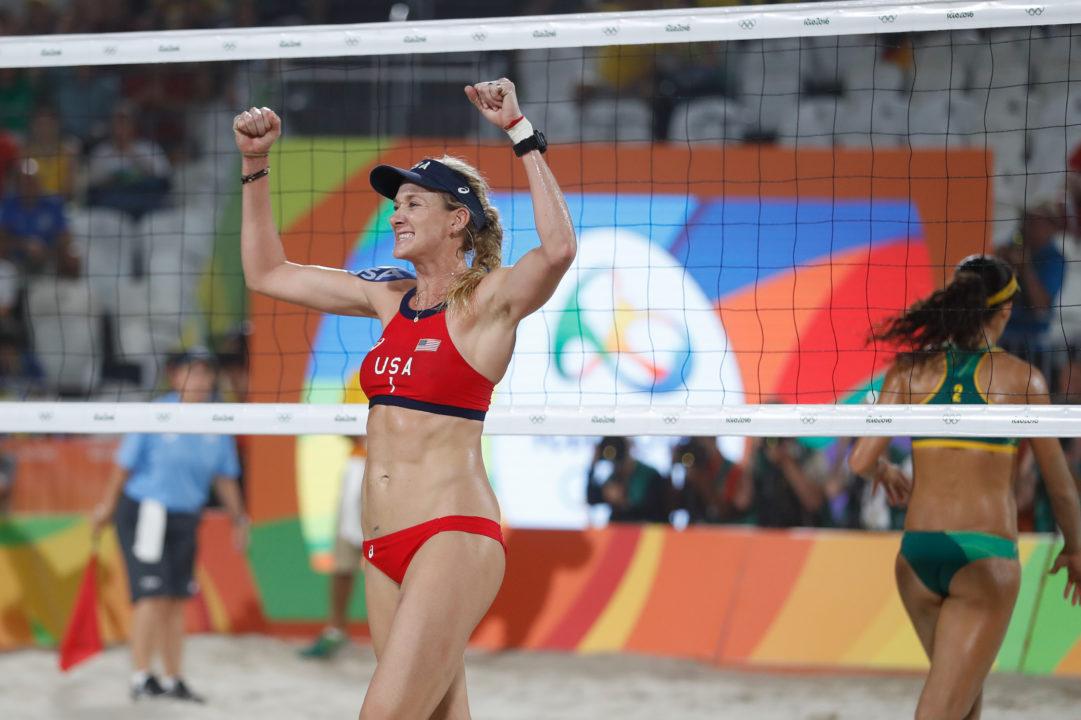 As part of the four previously announced P1440 tour events, the beach volleyball tour/concert and health and wellness series founded by three-time Olympic gold medalist Kerri Walsh Jennings is teaming up with the FIVB for a four-star double-gender event in Las Vegas, Oct. 17-21.  Current Photo via Fernando Frazão

As part of the four previously announced P1440 tour events, the beach volleyball tour/concert and health and wellness series founded by three-time Olympic gold medalist Kerri Walsh Jennings is teaming up with the FIVB for a four-star double-gender event in Las Vegas, Oct. 17-21.

The 2018 FIVB tour season wraps up this week with the Tour Championships in Hamburg, but the Las Vegas stop will be a key component for earning ranking points toward 2020 Olympic qualifying. It will be the first time that Sin City has hosted an international World Tour event and will be the first FIVB stop in the USA since the Fort Lauderdale Major (March 4) and Huntington Beach Open (May 6) earlier this year.

The FIVB Las Vegas Open will be a collaboration between p1440 and the FIVB, with all the bells and whistles of the p1440 tour including live music performances and more beginning on Day 3.

“The FIVB is looking forward to partnering with p1440 on their Las Vegas event in October,” FIVB President Dr. Ary S. Graça said. “The FIVB has always been committed to combining volleyball and entertainment, while also promoting healthy lifestyles, and so we welcome p1440’s focus in this area.”

Qualifying action is set to begin on Wednesday, Oct. 17 with the 32-team main draw gearing up on Oct. 18. Admission is free for the first two days with paid admission beginning on Oct. 19 and going through the finals on Oct. 21.

“The FIVB is the global authority in the volleyball world, and as a professional athlete who has played for more than 15 years on the FIVB World Tour, I feel honored to partner with them for p1440’s second event in its inaugural season,” Walsh Jennings said. “The FIVB has significantly contributed to the immense success of the sport in the Olympic Games, and it is only suitable that p1440 is collaborating with the top organization in our sport! I am ecstatic for p1440 and the FIVB to come together to enhance the sport of beach volleyball internationally and give the best players in the world the opportunity to exhibit their passion and talent in the US market. The fact that this event is one of the events bearing Olympic ranking points for Tokyo 2020 is deeply personal to me and this collaborative spirit of unity is in the best interest of everyone within our sport.”

The FIVB announcement is the latest headline for p1440, following staffing decisions, collaborative deals and sponsors, its first round of sponsored athletes and even a television deal to air the event finals on ESPN.

Walsh Jennings has been outspoken about her quest to win gold in 2020. She is still in search of a partner after parting ways with 2017-18 partner Nicole Branagh last month.

The full schedule of events for 2018-19 will be announced at the next World Tour Council meeting on Sept. 18.