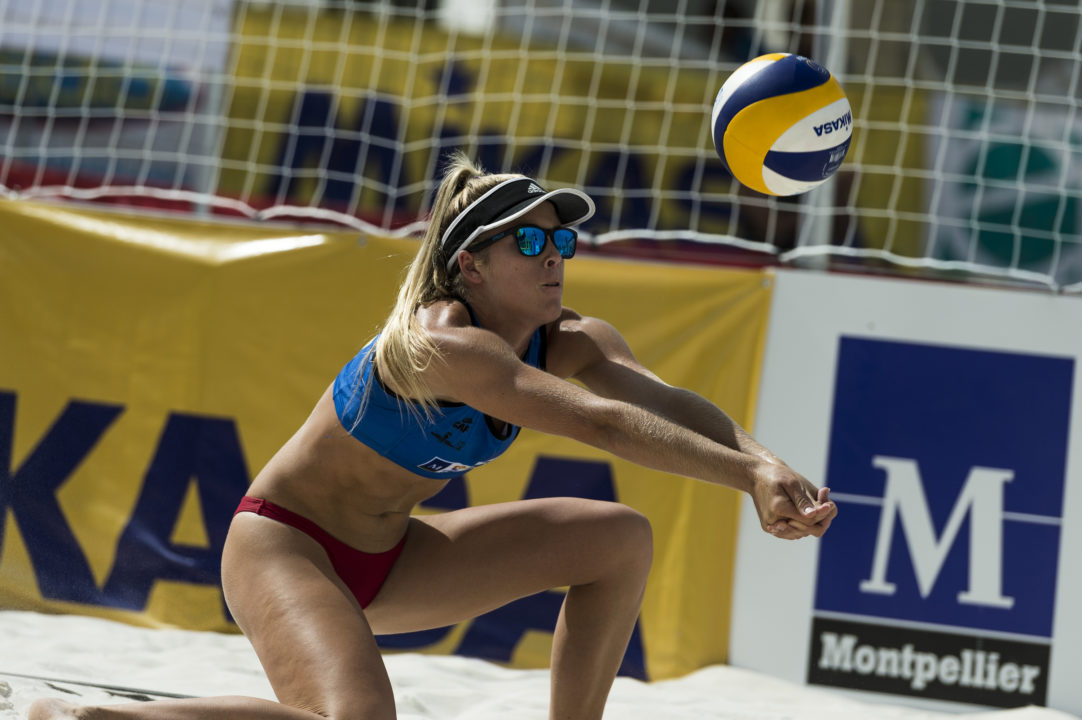 International qualifying for the Tokyo 2020 Olympics began on Tuesday as the qualifying round of the Montpellier One Star kicked off in France. Four teams per gender, including Americans Audrey Nourse/Nicole Nourse, advanced to Wednesday's main draw. Current Photo via FIVB

International qualifying for the Tokyo 2020 Olympics began on Tuesday as the qualifying round of the Montpellier One Star kicked off in France. The event, the second of the 2018-19 FIVB season, marks the first that counts toward the minimum of 12 events teams must participate in to be eligible for the Olympics.

Action began on Tuesday with teams from seven countries advancing through qualifying to round up the top 16 for both genders.

The four women’s qualifiers were:

Bobner/Verge Depre had to win just one match to move on after receiving a first round bye, defeating Czech pair Lucie Cencoa/Miroslava Liskova 21-13, 21-11. Granberg/Wikberg and Huber/Greber also received first round byes and advanced in straight sets.

Americans Nourse/Nourse won their first match in tiebreak, besting Finland’s Aliisa Vuorinen/Valma Prihti (21-17, 9-21, 16-14), before stamping their ticket to the main draw with a 21-7, 21-14 win over Russians Ekaterina Filina/Ekaterina Lubenets.

Fellow Americans Allison Spurrier/Melissa Fuchs were knocked out in the first round by Canada’s Rian Lenarduzzi/Anna Dunn-Suen (23-21, 23-21).

On the men’s side, teams from the Czech Republic, England, France and South Africa made it through to the main draw.

Naidoo/Williams won both of their matches in straight sets, while Loiseau/Caravano defeated Norway’s Erlend Henriksveen/Vegard Lokken 21-15, 21-16 after a first round bye.