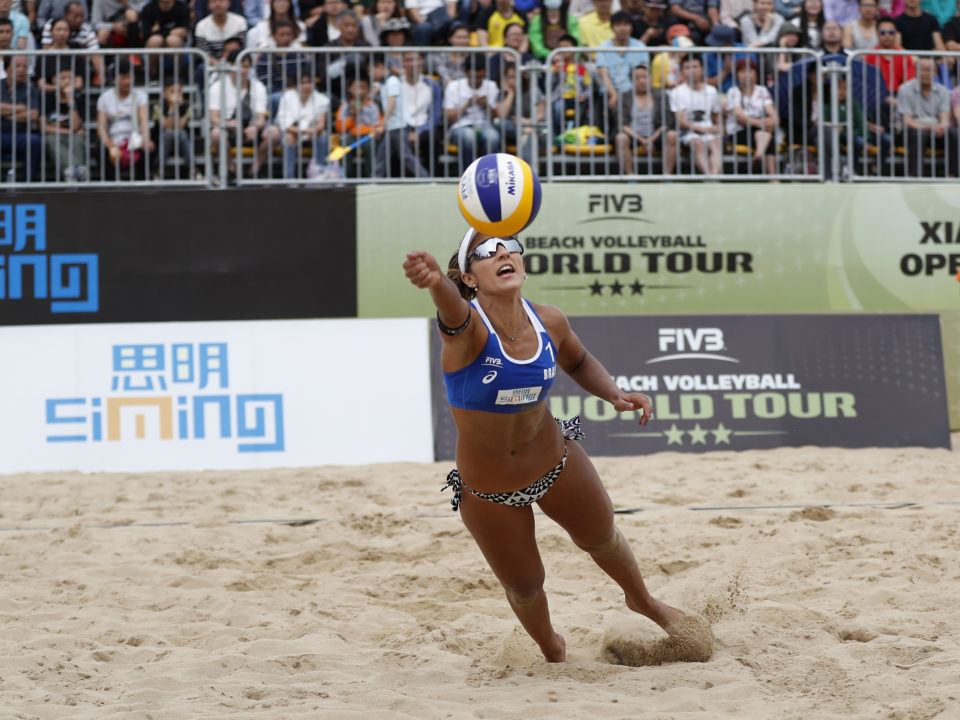 Check out some of the top plays from the FIVB World Tour event in Xiamen. Current Photo via FIVB

The FIVB World Tour event in Xiamen has concluded, below are some of the top plays from the finals match of both the men and women.

Lupo’s tough line shot was enough to snag them a point in the finals, but was not enough to give them the momentum to take down their Dutch opponents.

Brazil’s Barbara Seixas de Freitas made a smart play on the ball, sending it back over off the block to throw off their Chinese opponents. Barbara and partner Fernanda went on to win the Xiamen title.

The women’s finals featured Brazil’s Barbara Seixas de Freitas and Fernanda Alves and China’s Fang Wang and Yuan Yue. The Brazilians were able to win their first event of the year in three sets 2-1, (21-12, 19-21, 16-14).

Alexander Brouwer and Robert Meeuwsen of the Netherlands took down Italy’s Paolo Nicolai and Daniele Lupo in straight sets 2-0, (21-14, 21-17) in the men’s finals match.