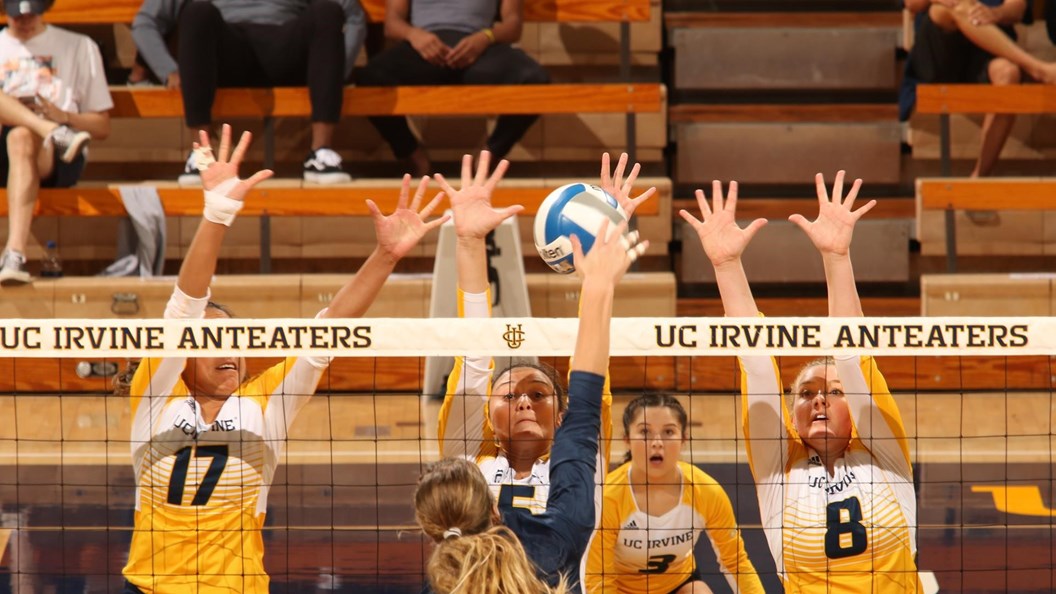 Nine different Anteaters contributed to the team effort that lifted UC Irvine to a 3-1 victory over CSUN (25-21, 25-19, 15-25, 25-19) at the Bren Events Center Thursday. Current Photo via UC Irvine Athletics

Eater’s hold down the fort for a 3-1 victory #RipEm pic.twitter.com/exIYoqHlFQ

INSIDE THE NUMBERS
>Freshman Abby Marjama led the Anteaters with a career-tying 15 kills
>Loryn Carter (13) and Idara Akpakpa (10) followed Marjama in kills, while Akpakpa had a match-high seven total blocks
>Senior Haley DeSales made her debut on the outside after starting the first 20 matches at libero. She posted her 20th double-digit dig performance of the year with a match-high 20 to go with five kills
>Erin Alonso took over for DeSales at libero and posted a career-high 17 digs
>CSUN’s Aeryn Owens had match-high 19 kills

TURNING POINTS
SET 1
>The Matadors scored the first three points before Loryn Carter put one down in the left corner for the Anteaters first point, 3-1
>A 4-1 run which included an ace by Carter gave UCI the 7-5 lead
>UCI would lead 21-18 on a block by Carter and Idara Akpakpa, but the Matadors would score the next two on Anteater errors to close within 21-20
>Back-to-back kills by Carter and Haley DeSales stopped the momentum and forced a CSUN timeout
>Following a CSUN kill, UCI closed out the set with the final two points, the last a block by Sophie Wood and Makayla Wolfe

SET 3
>CSUN jumped out to a 10-3 lead
>The Anteaters would chip away on the strength of Abby Marjama’s three kills and tough serving, 16-13
>Two Anteater errors followed to start a 7-1 Matador spurt to put them back in command, 23-14
>Two more UCI errors would give CSUN the set 25-15

UP NEXT
UCI will entertain Long Beach State in a Blue & Blue Rivalry match Saturday (Oct. 27) at 7:00 p.m. at the Bren Events Center.