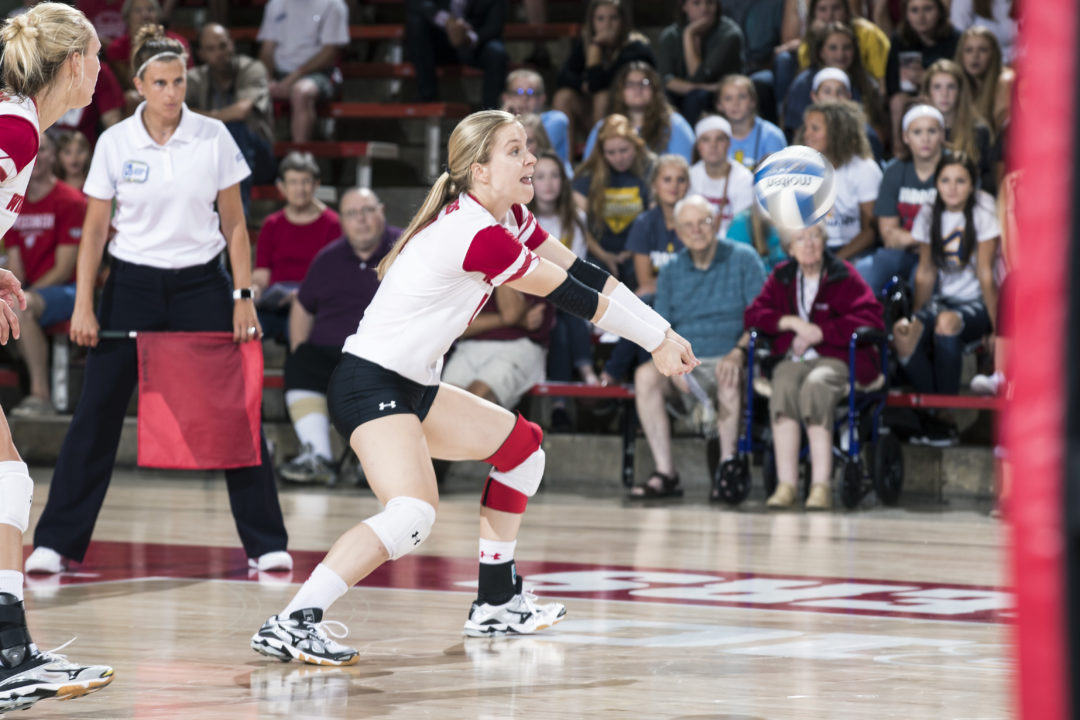 The sophomore defensive specialist, who transferred to UW from Michigan, was one of 13 Badger players that saw action in Saturday night's match, which moved #4 Wisconsin to 9-0 on the season.  Archive Photo via Wisconsin Athletics

Lost in a routine sweep of Southern Miss was the Wisconsin debut of transfer Tiffany Clark. The sophomore defensive specialist, who transferred to UW from Michigan, was one of 13 Badger players that saw action in Saturday night’s match, which moved #4 Wisconsin to 9-0 on the season.

Clark managed five digs and three assists in her Badger debut. Originally Clark was thought to have to sit out until the 2018 season due to in-conference transfer rules, but surprisingly she was issued a waiver and approved to compete last week.

Over the summer, Clark was a member of the U.S. Junior National Team and grabbed a gold medal as the United State won the Pan Am Cup title. The libero also has hardware from the 2015 World Championships, where she won silver with the U.S. Youth National Team.