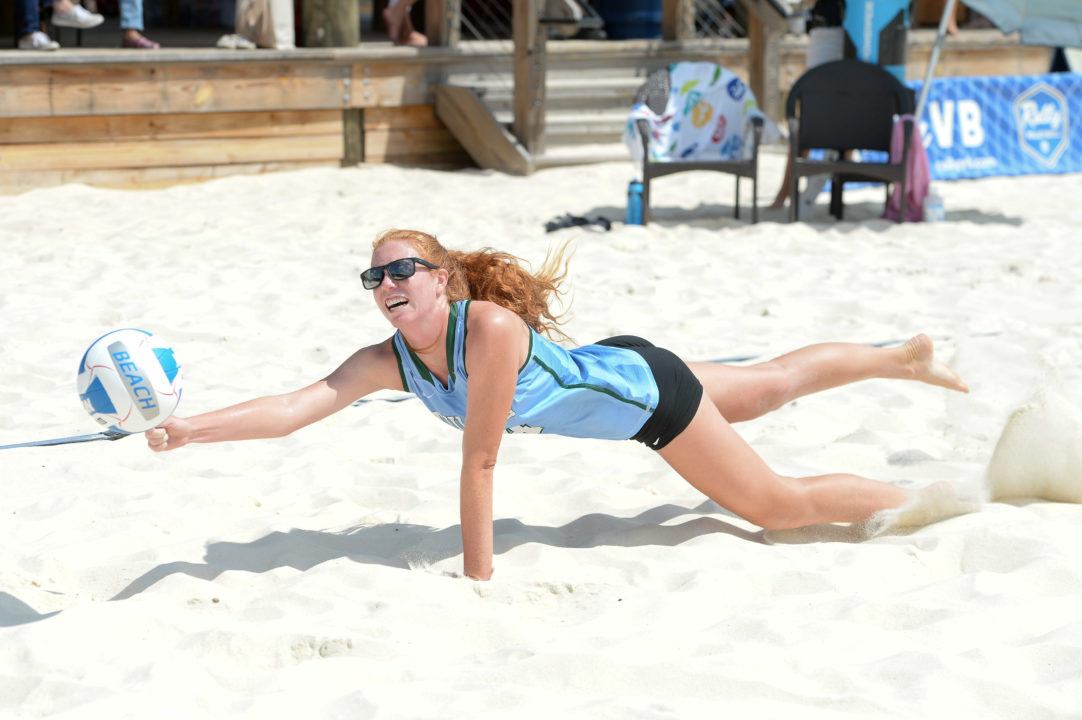 Just one week after their historical weekend at the Coastal Collegiate Sports Association Conference Championships in Georgia, Tulane beach volleyball will head across town for the final weekend of the 2017 season at the New Orleans Duals. Both matches will be played at UNO’s Lakefront Campus as the Green Wave look to build on their program-best 22-win season with rematches against Houston Baptist and the hosting Privateers.

ABOUT THE NEW ORLEANS DUALS

Tulane opens up the afternoon with a 1:00 p.m. dual against Houston Baptist for the third meeting between the two teams this year. Tulane is 2-0 against the Huskies in 2017, completing a 5-0 sweep in their first meeting at the Badger Beach Classic and coming away with a 4-1 victory at the Houston Baptist Invitational. The Huskies enter the weekend at 11-13 on the year after dropping a pair of duals at the Central Arkansas Tournament last weekend.

The Green Wave’s final opponent of the 2017 beach volleyball season will be cross-town rival UNO on their home sand, as courts four and five are set for a 4:00 p.m. start. Earlier this season, Tulane swept the Privateers 5-0 at the FIU Surf & Turf Invitational to move to 6-0 in the all-time series. UNO is 5-18 on the season following a midweek loss to UL-Monroe last Tuesday.

Tulane closed out a record-breaking performance at the CCSA Conference Championships last weekend, going 2-0 in day two of competition with a sweep of UNCW and an upset victory over No. 12 South Carolina. With the wins, the Green Wave sealed their first ever victories at a conference tournament, naming No. 3 pair Tarin Mergener and Madeline Mertz to the All-Tournament team along the way. The pair of Saturday wins also set a new season-best win total for Tulane’s beach volleyball program.

Following the conclusion of the UNO match, Tulane will honor its five graduating players with a senior day ceremony on the court. Ally Frank, Hannah Holmes, Tea Juric, Annie Shurtz and Sarah Strasner will all play the final matches of their Tulane careers on Saturday after totaling a collective record of 281-201 during their time in New Orleans.