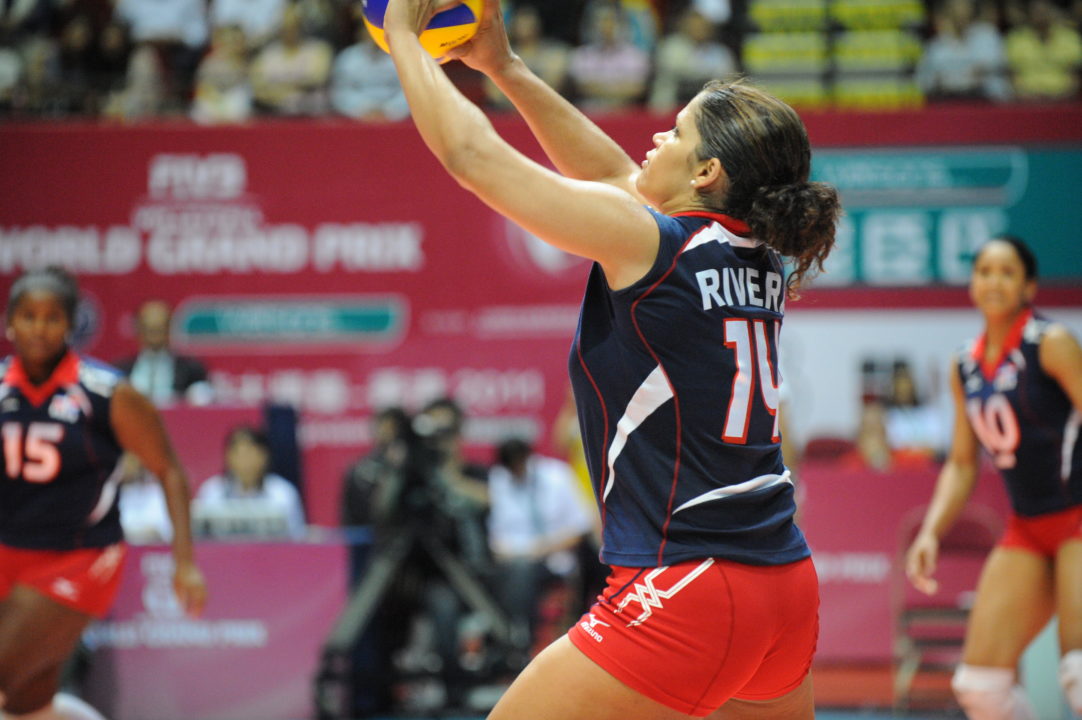 Turkish Division 2 club Sariyer Belediyespor has announced in its official Facebook page the signing of experienced Dominican player Priscilla Rivera through the end of its 2018 season. Current Photo via FIVB

Turkish Division 2 club Sariyer Belediyespor has announced in its official Facebook page the signing of experienced Dominican player Priscilla Rivera through the end of its 2018 season.

The 33-year-old outside hitter is a volleyball nomad, having played in Spain, Puerto Rico, Azerbaijan, Turkey, Italy, and Brazil. In Brazil, her last stop, she faced injuries and weight problems, and had been without a club since.

It has been with the Dominican Republic national team, that Rivera has enjoyed most success throughout her career, though, under the tutelage of Brazilian coach Marcos Kwiek, who also coached her in Brazil. Besides being a two-time Olympian, she also won many gold medals in Pan American play, as well as a bronze medal at the 2009 FIVB World Grand Champions Cup with the squad.

Rivera will be joining another NORCECA legend in her new club, recently signed Puerto Rican and Florida Gator Legend Aury Cruz, to which she expressed great pleasure in a personal Instagram post:

“Almost 20 years facing off against each other, now we will fight together.”

Sariyer Belediyespor currently sits in 5th place on league standings with a 12-7 record. With the addition of Cruz and Rivera, it greatly improves its chance at promotion to Turkey’s Vestel Venus Sultanlar Ligi, its 1st division Women’s League.