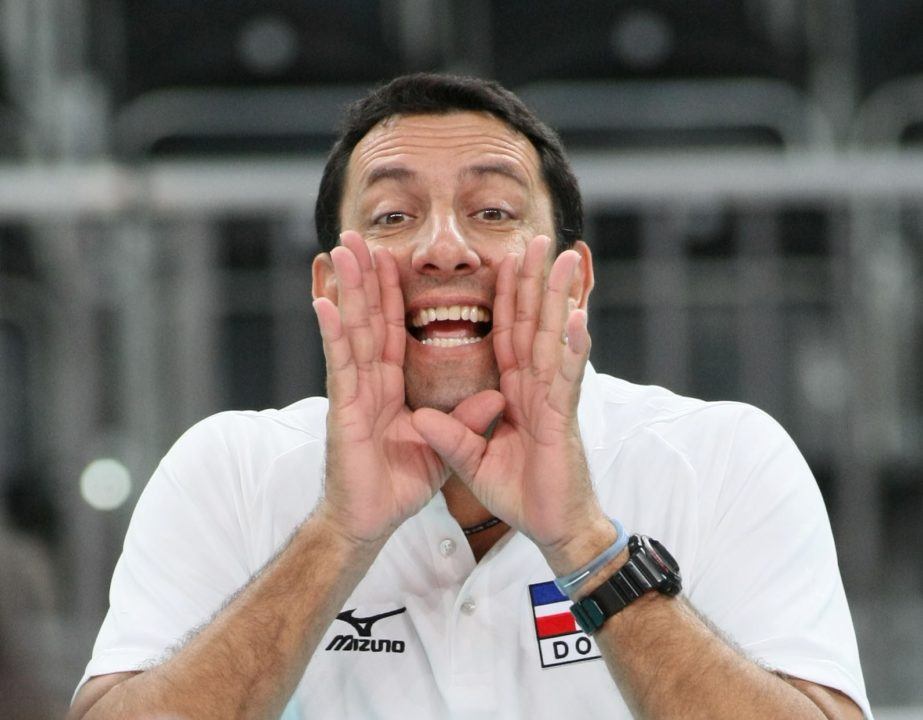 Who will take command of one of Superliga's hottest teams? Archive Photo via FIVB

Marcos Kwiek was fired from his head coach duties at the command of Concilig/Bauru of the Brazilian Superliga. Bauru general management says that their decision is due to his heightened commitment to the Dominican Republic Female National team team, which reached levels higher than what was previously established by both parties.

Here is the team’s official media statement regarding the event:

“Vôlei Bauru’s General Managment communicates the termination by mutual agreement of head coach Marcos Kwiek’s and his assistant Fabiano Kwiek’s from team duties. Their exit is necessary after Marcos Kwiek was designated to spend more time in the Dominican Republic than was previously agreed upon. Being such, we have decided on a friendly termination of team duties for both coaches.

Volei Bauru’s General Management thanks both coaches for the hard work they performed during their stay with us and sincerely wishes them all the success possible in their future professional endeavors. We would also like to further state that our doors will always be open to both coaches in the future.

Until a new head coach is hired, assistant coach Fernando Bonatto will be in command of coaching duties.”

This is a loss for both parts. To Bauru, because Kwiek is extremely well regarded in Brazil and widely considered one of the best in the new generation of Brazilian coaches. To Kwiek, because Bauru is a very organized club, that is improving by each season, which certainly could mean a run at the title in future years. If  he ever aimed at a chance of being considered as a possible head coach for Brazil’s national team, this was the safest way.

It is understandable, though, that the governing volleyball authorities from the Dominican Republic would require Kwiek to spend more time with the national team. Kwiek built the team from the ground up, making it reach relevant status in NORCECA play.

It is also, of course, plausible that Bauru’s general management would require constant work and team supervision from its coaching staff,  as Bauru is currently playing the São Paulo State Champioships as a preparation for Superliga.

What could this decision entail for the team? For starters, we speculate who will be the team’s new head coach, as Fernando Bonnato probably won’t be elevated to head coach from assistant status after his disastrous Superliga campaign last year at the head of Rio do Sul. We can’t forget he was fired mid season, a rare fact in Brazilian volleyball, after a very poor 2-10 start. Bauru will probably try to go the superstar coach way, but are there any left in the market? If they choose so, they may look at a foreign coach, or even give Ricardo Picinin, Praia Club’s coach at the last Superliga, who is currently an assistant at Funvic/Taubaté after a questionable falling out with Praia Clube’s management, a chance.

Also, is this the end of Bauru’s marriage to Dominican superstars? As head coach of the national team, Kwiek brought with him to the club the play of such superlatives as Brenda Castillo, wildly considered the world’s best libero, among others.  Youngster Brayelin Martínez, a phenom  21 year old 6’7″ opposite hitter, who was rumored to join the team for next Superliga, looks very far from a possibility right now.