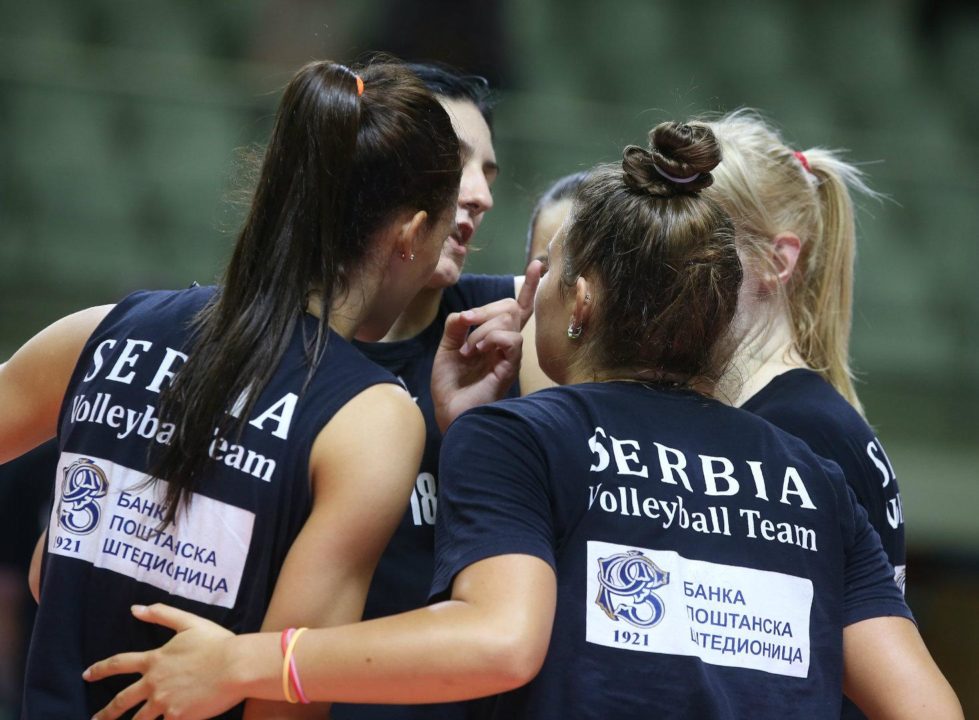 After undergoing knee surgery on June 11th, Serbia’s all-world outside hitter Brankica Mihajlovic rejoined the Serbian National Women’s Volleyball Team this week in Istanbul for a pair of friendlies against the Volleyball Nations League runners-up Turkey.

Both teams depart in the coming days for Japan, where they’ll begin play at the 2018 FIVB Women’s Volleyball World Championships held there. Serbia leaves on Thursday afternoon where they’ll connect through Seoul to Fukuoka, where they’re scheduled to arrive on Friday, September 21st at 13:50 local time.

The team will then depart for Hof, where they will train until September 27th, at which point they leave for their preliminary-play city of Hamamatsu. Turkey did not share exact details of their travels.

Stats were only made available from the 2nd of the two matches, where Serbia played effectively their full starting lineup, and Turkey did as well with one small exception: they left their captain and top scorer Eda Erdem Dundar on the bench.

For Serbia, Mihajlovic showed few signs of her time off, scoring 18 points on 17/43 hitting (40%), adding in 1 block to the team effort. She is part of the two-headed Serbian offensive monster and combined with Tijana Boskovic, who had 26 points on 21/42 hitting (50%), plus 3 blocks and 2 aces.

In Dundar’s absence, Turkey had 3 players in double-figures, including Meryem Boz who had 16 in just 3 sets (34% hitting), and 21-year old Hande Baladin, the future star of the Turkish team, who had 11 in just 3 sets.

Serbia struggled with service reception, allowing Turkey 11 aces and receiving at only 38% positive, and 27% excellent, rates. Libero Silvija Popovic did well for her part (46% positive, 39% excelent in 28 receipts), but Serbia’s hitters, especially Mijahlovic and Boskovic, were below average in their results (combined they had 4 errors in 21 receptions, with 24% positive and 14% excellent reception).

Ultimately, that was the difference in a very competitive match – Turkey had 34 break points as compared to just 25 for Serbia.