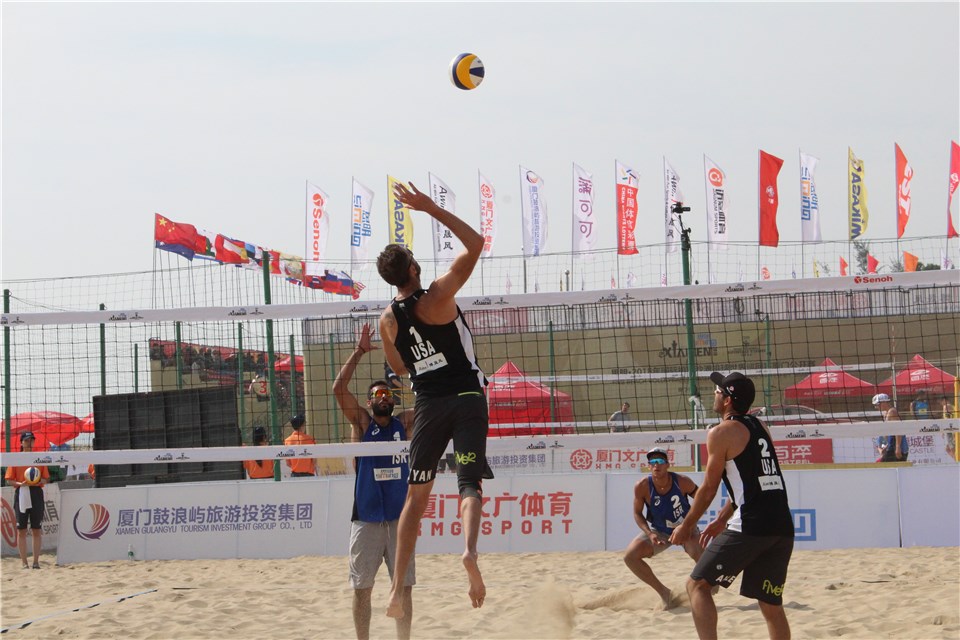 The Xiamen Four-Star kicked off with 14 men's matches and four women's matches in the first qualifying round. Three men's matches went to tiebreak, while Americans Doherty/Allen and Kolinski/Evans moved on to Thursday's second round. Current Photo via FIVB

The Xiamen Four-Star kicked off with 14 men’s matches and four women’s matches in the first qualifying round. Victors on the men’s side moved on to Thursday’s second round with the top eight teams earning a spot in the main draw.

On the women’s side, the remainder of the 14 matches will be played on Thursday along with the second round.

Both American men’s teams in the qualifiers won on Wednesday: Ryan Doherty/William Allen and Bill Kolinski/Miles Evans. Unfortunately, only one of the duos will be able to move on to the main draw as the teams will face off in Round 2.

On the women’s side, Germany’s Kim Behrens/Sandra Ittlinger, who have been among the Top 10 at their last five FIVB events, including a runner-up finish at the Aalsmeer One-Star in October, made quick work of their first round foe, winning 21-12, 21-13.

Spain’s Amaranta Navarro/Angela Lobato made their way through a tie-break overcoming a 21-15 Set 1 loss to defeat Paraguay’s Michelle Amarilla/Erika Bobadilla.