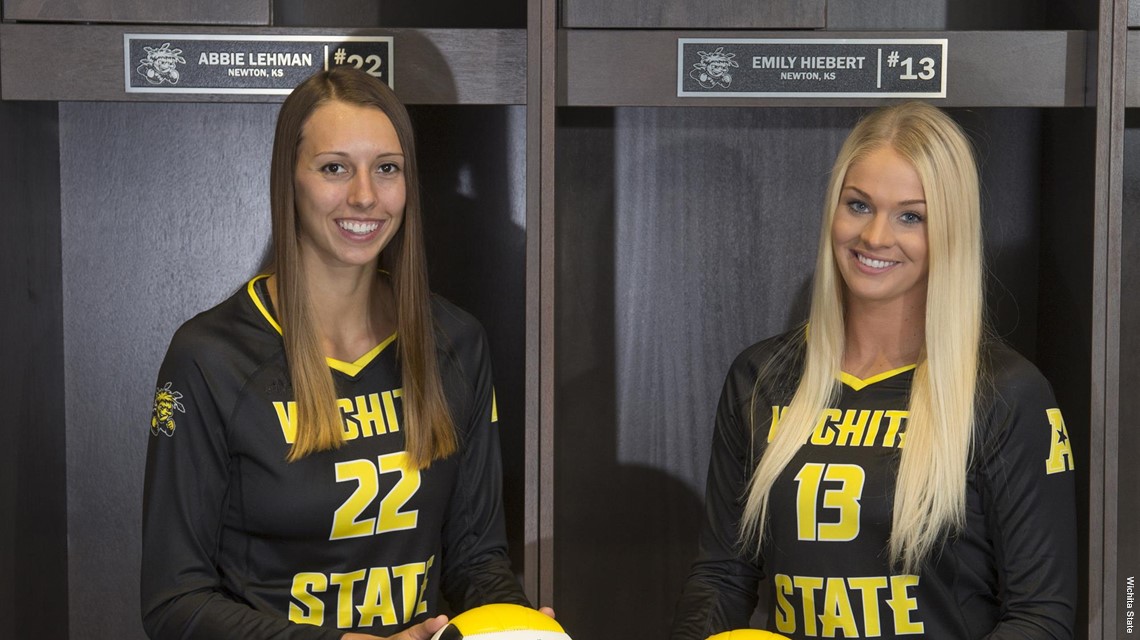 The Bearcats were led by junior outside Carly Nolan, who had a team-high 11 kills, and junior setter Jade Tingelhoff, who scored a double-double with 22 assists and 11 digs.

The Shockers led start to finish in the first frame, hitting .409 and eventually securing a 25-10 win on a Hiebert kill. In the second set, Cincinnati closed to 22-20, but Wichita State held off the late surge for a 25-22 win going into the intermission. After the break, Cincinnati stayed close through mid-frame, but the Shockers pulled away again to take the final set 25-20 and secure their 18th straight victory.

Next up, Wichita State travels to Oklahoma for a Friday match against Tulsa, while the Bearcats go on the road to take on Tulane, also on Friday.

Abbie Lehman led the Shockers with 12 kills and nine blocks and hit .400. Emily Hiebert had 32 assists and Giorgia Civita had 14 digs.

SET 3:
• The Shockers trailed early, but rallied for a 25-20 win in the third set
• The set went back and forth until the Bearcats used a 4-0 run to go in front 8-4
• Two kills and a service ace increased the UC lead to 12-6 before the Shockers answered with three-straight to cut the lead to 12-9
• Three-straight Shocker blocks cut the lead to 13-12 and a Lehman service ace tied the score at 14
• Three-straight Bearcat errors put the Shockers up 17-14 and WSU used three blocks in the last four points for a 25-20 win

Bearcats Drop Match to No. 20 Wichita State on Senior Day

CINCINNATI – The University of Cincinnati volleyball team dropped a 3-0 decision to No. 20 Wichita State on Sunday before the team’s three seniors were recognized post-match. After losing the opening set 25-20, the Bearcats battled hard with the Shockers but ultimately fell 25-22 and 25-20 in the last two sets.

NOTES
• UC now sits at 11-17 on the season and 9-7 in the conference
• Wichita State remains undefeated in the conference at 16-3 while improving to 24-3 overall
• Jade Tingelhoff had a double-double with a team-high 22 assists and 11 digs
• Carly Nolan led the team with 11 kills
• Senior Maya Muldrow led the team with three blocks while also having seven kills
• Erica Kostelac also had seven kills, including perfect 5-for-5 hitting in the final set

SET BREAKDOWN
Set 1: WSU, 25-10
• The Shockers jumped out to a 5-1 lead and maintained momentum throughout the opening set. Down by six, the Bearcats grabbed back-to-back points on a Carly Nolan kill and an ace by Jade Tingelhoff to put the score at 10-6. However, Wichita State went on a run to put their lead at ten and added to it from there. The Shockers scored the final four points of the set to win it.

Set 2: WSU, 25-22
• UC kept the second set closer through the early points of the second set. A kill by Nolan made it 5-3 before a kill by senior Maya Muldrow brought the lead to within one. Tingelhoff had the assist on both plays. The Bearcats rallied late in the match to make it a close finish. Down 21-16, three-straight points were scored on back-to-back kills by Ogle and a block by Nolan and Muldrow to make it a 21-19 set. Despite the late push, UC would drop the set as Wichita State took the final point on a kill.

Set 3: WSU, 25-20
• The Bearcats came out strong in set three. Three kills from Erica Kostelac and one by Tingelhoff put UC up 8-4 and forced Wichita State to call a timeout. A kill later on by Nolan followed by an ace from Maya Eller put Cincinnati’s lead at 12-6, the biggest of the day. Unfortunately, the Shockers would slowly work their way back in and take the advantage. Tied 14-14, a few Bearcat errors put the visitors ahead. Nolan had a kill later on to make it a 20-18 set and keep UC close, but a Wichita State block would finalize UC’s defeat.

NEXT MATCH
The Bearcats travel for the last weekend of regular season weekend competition. UC will take on Tulane at 8 p.m. on Friday, November 17 and Houston at 2 p.m. on Sunday, November 19. The Bearcats’ final home game will be Wednesday, November 22 at 1 p.m. against ECU.