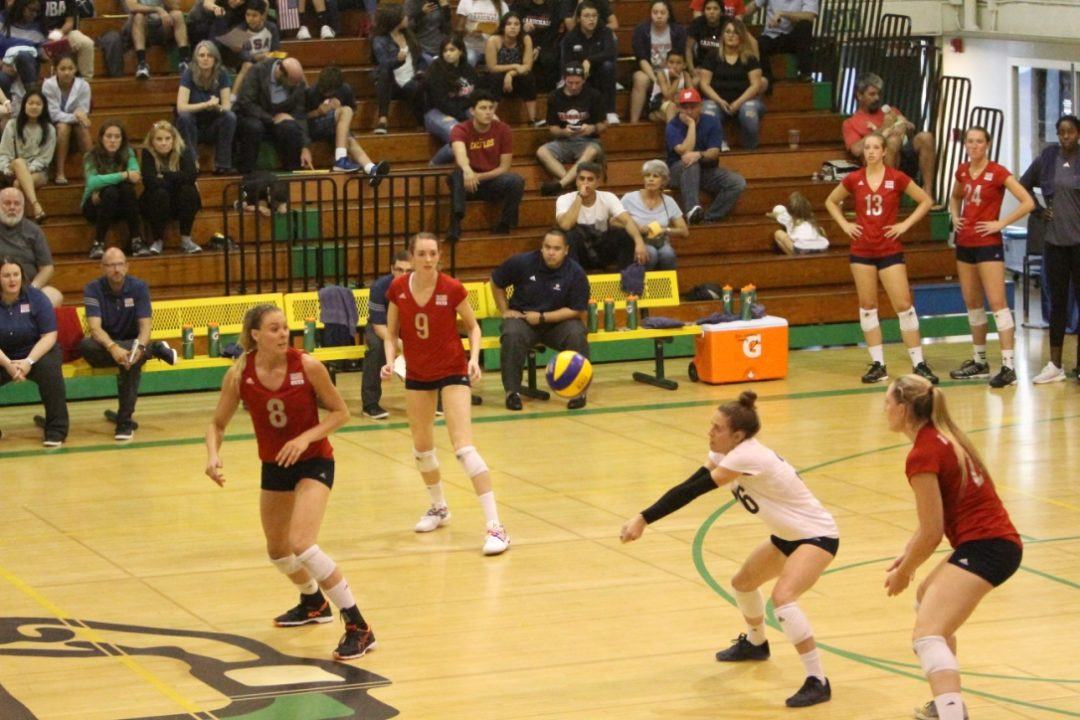 Hahn, a two-time, second-team All-American in 2012 and 2013 played college volleyball for the Iowa State Cyclones, where she was named Big 12 libero of the year for three consecutive years (2011, 2012 and 2013). With Hahn anchoring the defense, the Cyclones reached the Elite Eight in the 2011 NCAA Tournament before falling to Florida State in the quarterfinal match.

A native of Cedar Rapids, Iowa, Hahn made her USA national team debut at the 2014 NORCECA World Championship Qualification Tournament, where she started at libero and helped the Americans take home the gold medal. For her efforts, Hahn was named Best Receiver and Best Libero at the tournament.

Hahn’s prior professional experience included stints at the Bundesliga A side, NawaRo Straubing, in 2015-16, and TS Volley Düdingen in 2014-15. With Düdingen, she was a five-time MVP. She participated in the CEV Cup, won a silver medal at the Swiss Cup and was named MVP at a Swiss Cup Final.

Also joining the Sm’Aesch Pfeffingen side next season will be another American, setter Taylor Tashima (Northwestern, 2018), and Swiss middle Gabi Schottroff, who comes over from Volero Zurich.