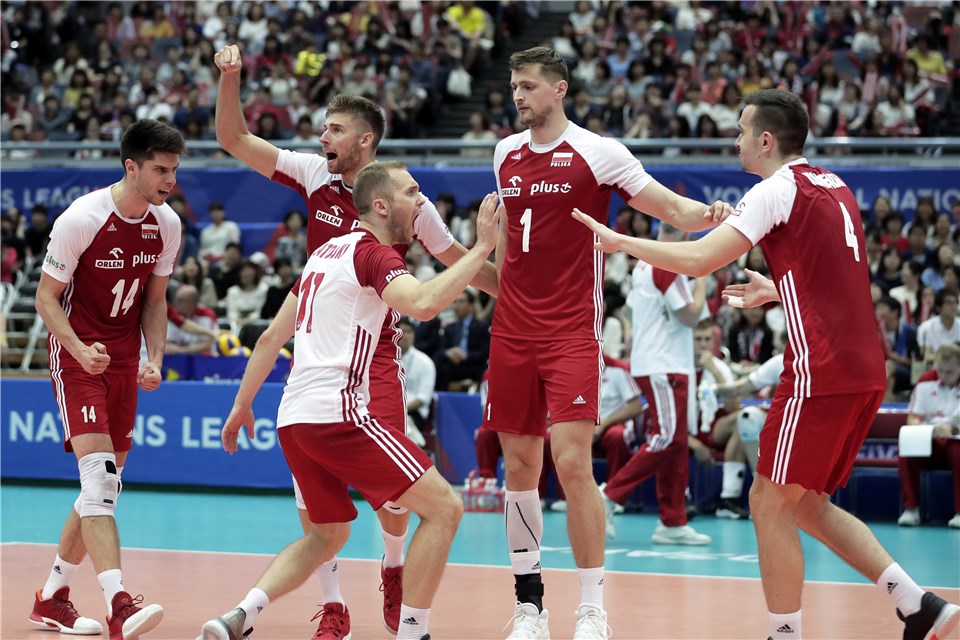 Poland, Brazil and France maintained the top three spots in the Volleyball Nations League settings after Day 8, but it was a mixed bag of results that shook up the Top 5.  Current Photo via FIVB

Poland, Brazil and France maintained the top three spots in the Volleyball Nations League settings after Day 8, but it was a mixed bag of results that shook up the Top 5.

Poland swept Japan to take over the top spot, while Brazil went the distance with Iran, earning just two points, putting the teams tied with 20 apiece.

The United States climbed into fourth with a win over Australia and 17 points, while Serbia checked in at fifth on the ledger at 6-2 with 15 points after securing its fifth straight VNL win.

Canada fell from fourth to seventh as Germany’s third straight Top 6 victim, following No. 3 Poland and No. 2 USA.

Here is how it all went down.

Top scorers on the day were Anton Karpukhov of Russia (21 vs. China), Filippo Lanza of Italy (20 vs. Bulgaria) and Matt Anderson of the United States (20 points vs. Australia).

In addition to the NORCECA matchup between the United States and Canada, Sunday’s slate also included a top five VNL matchup as France hosts Serbia.